Craig Levein Was The Architect Of Heart’s Failure, And This Fool Should Leave Celtic Out Of It. 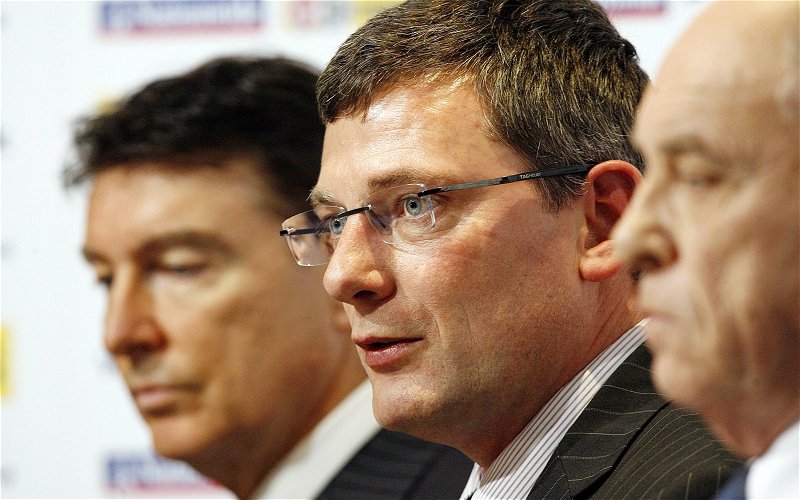 I am grateful to Craig Levein today for his latest intervention. I am grateful to him because I’ve spent the last 20 hours railing against my own club, furious with them, growing more and more angry at the contemptuous attitude of those inside our walls.

It feels good to vent that feeling elsewhere for a spell. I know this is going to be a cathartic, almost healing, even before I get up a full head of steam.

The more you listen to Craig Levein, and I don’t recommend it for long, the more you come to realise that he really is a pitiful, scrawny, spiteful little man, consumed by envy and with an ego that is wholly out of proportion to any talent he possesses.

It’s difficult to say what his strengths are, as his many weaknesses tower over them and block out the sunlight.

Today he’s bitching and wailing, as serial losers so often do, and one of the targets of his bile – for that is what it is, that’s what so often comes out of his mouth – is Celtic, as usual, as per, as normal. It was only last month he was hoping we didn’t win the ten.

He says today that he’s sick of “the Old Firm”; if he does, then I’m glad because we’re all sick of it as well and I’d suggest he join that very large number of us who don’t use the expression, who don’t accept the existence of such a thing and who don’t buy into this Survival Lie.

But of course, he won’t do that because it’s people like him, promoting it all the time, who keep the flame burning. He blames the media for this, apparently not realising that in perpetuating this myth about how the two clubs run the whole game here, that he’s feeding the beast he apparently wants to slay. I mean, he’s absolutely stone stupid.

His particular bitching today is centred on how it was our quest for nine in a row which led the SFA and the clubs to vote to end the season early, thus relegating Hearts. This is a new one. We’re to blame, now, for the calamity at Tynecastle.

And I can see why he’d want to promote that, and even more why he’d want to believe it; for the same reason Neil Lennon is presently blaming the players and the harsh media climate for what’s gone wrong at Celtic.

Because if it’s someone else’s fault then it can’t possibly be his fault, can it?

But seriously, if what happened at Hears is not the fault of Craig Levein then I really don’t know who else you can blame, because that had his finger prints, handprints and footprints all over it. If Hearts somehow wanted to commemorative the anniversary of their relegation I’d suggest they do it with stamps, and stick his coupon on every one of them.

He was the author of last season’s total failure at Tynecastle. He was its executor. Not only was he the Field Marshall who devised the strategy which sent the whole club down the wrong path, but perversely, he was also the general who oversaw the day-to-day tactical decisions which damned them as well.

If you were looking for a clear-cut, unarguable example of how one individual was to blame for the woes of an entire organisation, you couldn’t do better than this.

In any other country, this guy wouldn’t even be elevated to the level of a joke.

In Scotland, he’s a media darling and was National Coach.