Fergus Was The Last Great Man Of Vision At Celtic. He Would Never Have Allowed This. 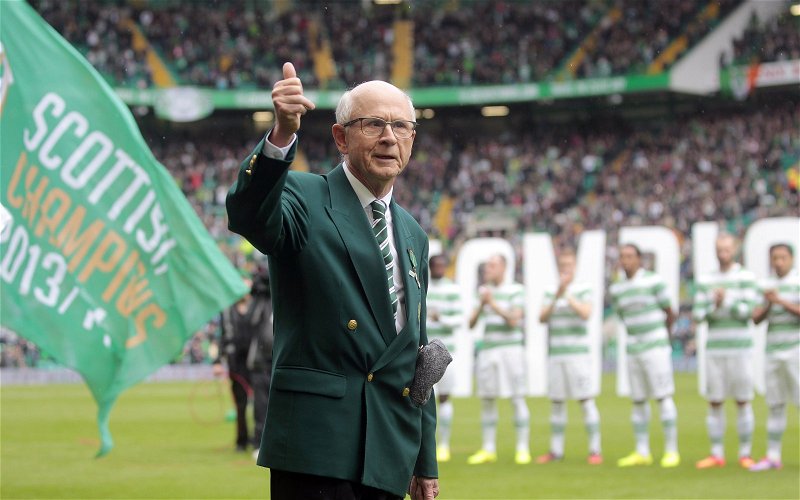 But this book could equally have been entitled Fergus McCann v The World, because from almost the moment he stepped into Celtic Park, the Canadian faced an array of enemies who would have made a lesser man balk.

Fergus never got a moment’s peace for the full five years of his tenure.

He departed a rich man, a man with pockets bulging, a man who had done exactly what he said he would do and who earned the gratitude of our supporters and his legendary status amongst them.

Fergus was harshly treated by a section of our support, but that was in the era before social media and the ability of the blogs to promote Celtic’s cause in the face of the onslaught by the mainstream press, who at the time held all the power in their hands.

I read Stephen’s last book, Tangled Up In Blue, and I wrote a review for this site in which I called it “an alternative history of Rangers.”

Stephen researched that club meticulously, and you can tell he’s done the same with this book.

What it reveals is an incredible story, much of which is only half understood by the Celtic support and the public at large.

I am appalled that Stephen, who is an excellent writer and who’s appraisals of his subjects are honest and forthright, was not able to find a single mainstream media outlet to review this book … that is an astonishing fact to relay.

The press still believes their version will be the last version of history; it is books like this which prove them wrong.

I’m going to give you some of the highlights of Stephen’s book here in this article, and I urge everyone to read it.

Fergus didn’t just face off against the Ibrox chairman and all his bombast; he went up against enemies on all sides, and he won more of those battles than he lost.

Indeed, reading the book you can’t shake the feeling that is to his immense credit that he succeeded at all, because this was no sure thing.

Celtic had been hampered by the disastrous management of our former board, but we were surrounded by enemies from the first minute to the last.

And yet we didn’t just survive, but we thrived.

On the final page of this piece, I’m going to imagine Fergus in this role right now … he would never have allowed us to get into the spot we’re currently in.