For The First Time Ever Last Night, Celtic Fans Were Pleased To See Our Player Sent Off. 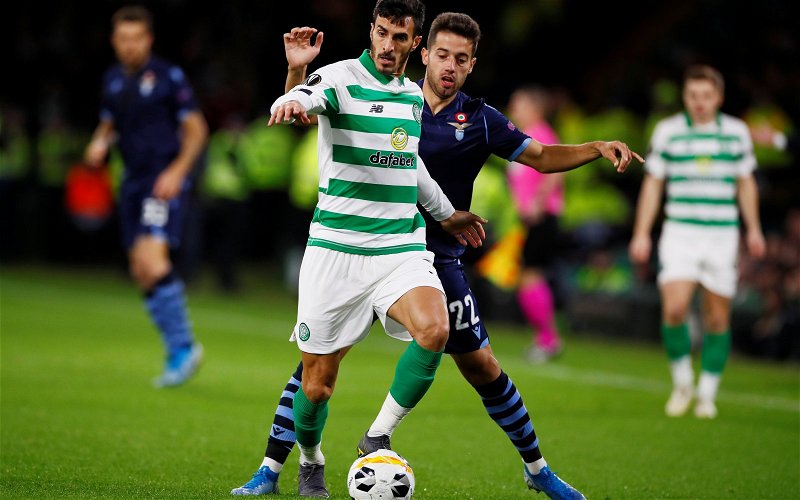 Surreal and nerve-shredding in a way they never have been before.

Even those Celtic fans who follow national sides with fervour and passion look forwards to these weeks with trepidation now, because you just never know what horror they are going to throw at us.

Last night was a case in point. A number of our players were supposed to be on international duty. Some were and some weren’t.

Those who weren’t included Ajer and Elyounoussi, caught up in the debacle involving the Norway squad and its positive test results.

We all expected that maybe Steve Clarke would give our players a rest; Ryan Christie played 90 minutes of an utterly meaningless fixture. Happily, Clarke has done what our own manager seems resistant to doing, and he gave Callum McGregor a much needed night off. Leigh Griffiths made a cameo appearance.

All told, Shane Duffy had a decent enough game for Ireland last night; that will do him good. Barkas was an unused substitute for Greece. Nir Bitton played 90 minutes for Israel, which we could have done without but he needs to get back to full fitness anyway.

And, mercifully, Abd Elhamed was sent-off in that game … and for the first time in my living memory Celtic fans were delighted at one of our players being shown a red card. Not only did he get an early use of the Radox, but he misses the next match as well.

We are in strange days when this is the kind of thing that lifts our spirits, but the truth is that these are strange days whatever way you want to look at them. International breaks are now fraught with uncertainty, and whenever one of our players misses out there’s relief.

None of our players is truly out of the woods yet.

The games themselves are only a small part of the bigger problem we’ve got with these fixtures.

El Ahmed is still with the Israeli squad, unless Celtic moves to bring him home immediately, and the other footballers we have scattered across continental Europe will continue to be in harm’s way until they return. This is the cross all clubs currently bear.

The relief that greeted that red-card last night, across Celtic social media, is symbolic of the way international football is viewed now not just by the Celtic fans but, I suspect, from fans of clubs up and down the game.

Almost no-one thinks the risks to their clubs and their players are worth it at the moment, but UEFA refuses to follow the logic.

So we celebrate sending offs.

What a surreal joke this has become.