Last Night The Sun Targeted A Celtic Player. Are They Trying To Keep Eyes From Looking Elsewhere?

Every single one of us is aware, by now, that the Scottish media can shock you with actions that are lower than a snake’s belly.

Last night, we got another example of that when The Sun published a piece that trawled the gutter in that way only that publication can.

The target of this one was Jeremie Frimpong, and it was a piece right out of the bottom drawer, a piece so rancid that it would you would have smelled the stink of it in an abattoir.

The headline was a piece of despicable trolling, homophobic and quite shameful. 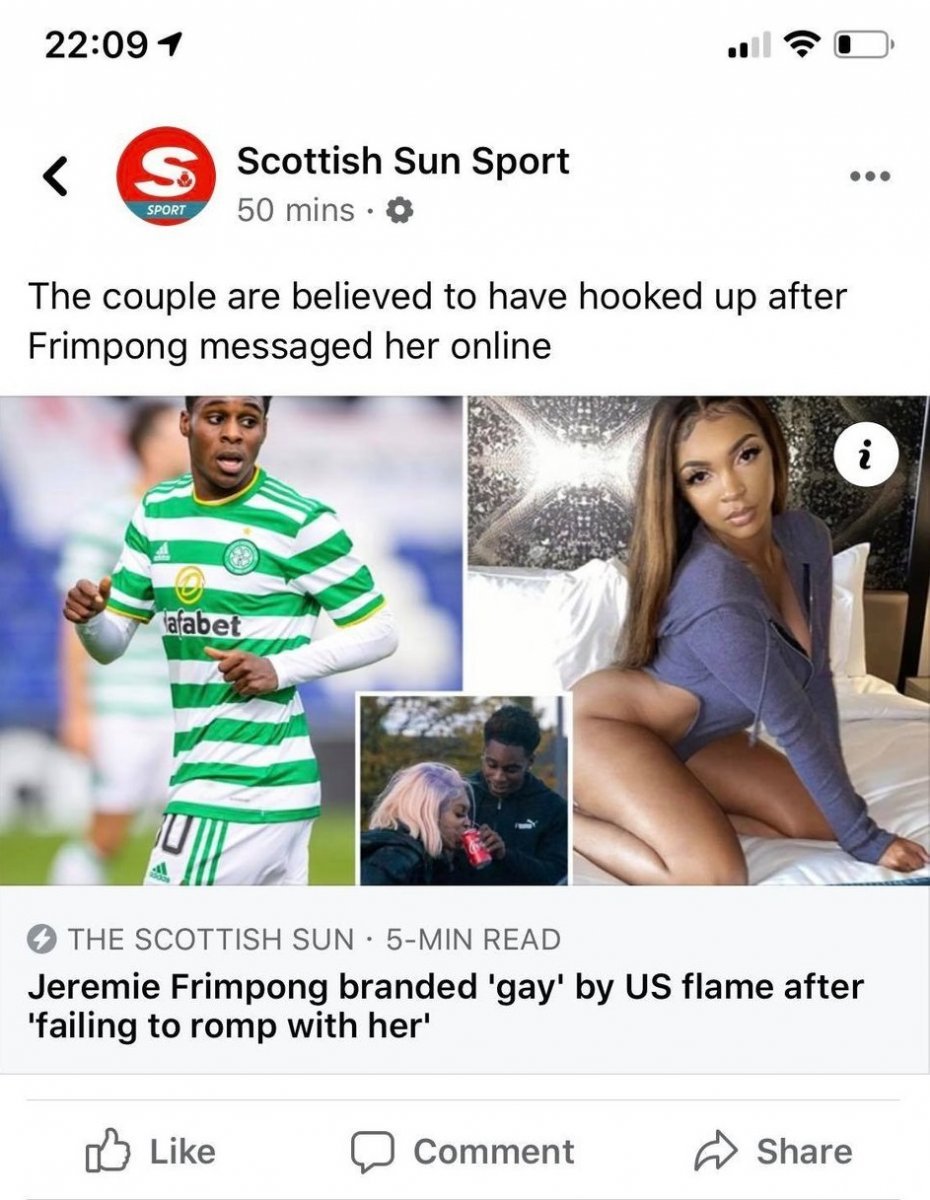 Faced with a momentous social media backlash from our supporters, and realising that as per usual they had aimed low and hit the bullseye, they changed the headline … but to no avail, because a lot of folk saved it for posterity.

The story itself is absolute bottom-feeding garbage, a story that’s pretty much nobody’s business, fit only for curtain twitching gossip mongers.

In short, it’s the kind of story that newspaper built its bin-raking, phone hacking, reputation on.

I’ll pass no comment on the content of the story itself, because it’s the absolute worst kind of tabloid fodder, but it raises, again, issues as to why we still allow some of the people who work at these titles into our ground for press conferences and the like.

Their headline last night was absolutely disgraceful, but it’s the story itself which leaves a bad taste in your mouth.

This isn’t anything even comparable to a news story and you have to wonder why it was deemed one.

Indeed, even the timing of this is all wrong.

The woman at the centre of it visited Frimpong at the start of last month and her social media posts date from that time; the story is four weeks out of date.

So you have to wonder just what pushed it into the public domain at this particular time, and it doesn’t take a genius to work it out; there’s a certain other club at the centre of a lockdown breach and many, many unanswered questions about it.

This reeks of smokescreens and red herrings.

Do not think that is anything but deliberate.

Is it a coincidence that there’s an article on that rag today which is hinting that Frimpong himself might have breached the lockdown?

The SPFL says no, but the question’s out there … and that’s very deliberate as well.

This stinks, it really does.

There are real stories out there … and this paper and its writer is focussed on this.

Somebody doesn’t want eyes elsewhere, and our young full-back is nothing but collateral damage.