The Norwegian Government Steps Into The Health Crisis, But Two Celtic Players Are Still In Harms Way. 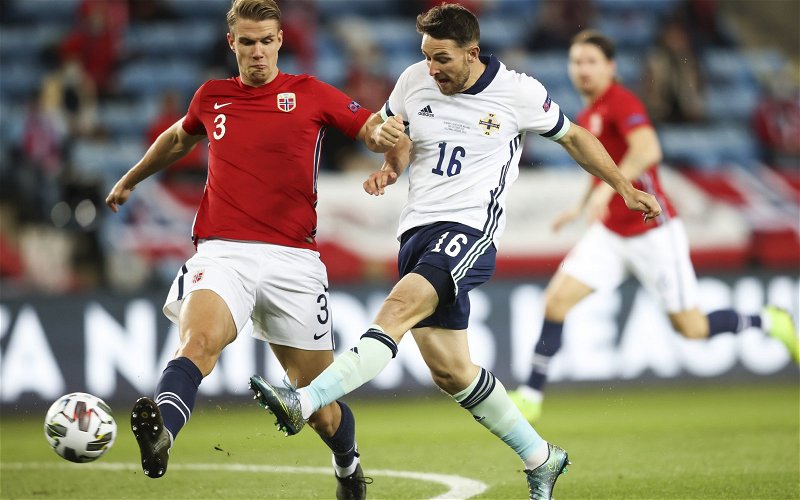 . There has been an outbreak of unknown size and severity within their squad, and now their national director of health has stepped in to prevent further issues developing.

Their solution is a bizarre and quite ludicrous mish-mash that makes a mockery of all the work our club has done in establishing secure “bubbles” around our players.

To a certain extent, this is UEFA and FIFA’s fault; in another world, a saner one, those games would be off, but if Norway doesn’t play them they have to forfeit them; that’s clearly a greater concern to them than endangering our footballers is.

For their domestic footballers, at least, they are trying to do the right thing, but if it’s not safe for them how can it be safe for our guys?

Their government is doing the right thing, but only for those who can vote for them.

What the Hell is our government doing for us in this case?

Celtic should be trying to get those players back to Glasgow as soon as possible, and we should be lobbying the SFA hard to get onto UEFA and propose some sort of emergency debate on whether certain internationals should even be taking place.

The problems with the Norwegian team came to light prior to their game against Israel, who’s squad also has two Celtic players in it.

That fixture was called off after their team also diagnosed cases.

Yesterday, Liverpool’s Mo Salah was diagnosed with the virus; he too caught it whilst with the national team. And of course, Ibrox’s Barisic has been caught up in a scare where one of his team-mates was actually diagnosed at half time in a game …

To call this a shambles is an understatement.

It is now a fully-fledged crisis for several associations and their teams, and when you consider that several of them have actually given their clubs permission to pull players out of the national sides you wonder why others don’t.

UEFA and FIFA need to seriously rethink all of this.

It has become farcical.

It has been dangerous right from the start.