Celtic’s Problems Came Sharply Into A Focus A Year Ago Today And We Ignored Them.

This time last year we were given a very serious warning about the regression of this team, but the unique circumstances in which we got it were blinding us to the fact of it. We had just beaten Gerrard’s team in a cup final, with ten men.

I remember thinking to myself, “If they can’t beat us today, with the advantages they had, will they ever be confident again?”

But looking back, it’s perfectly apparent that they should have beaten us that day and that moreover they would have had it not been for the outstanding goalkeeping of Fraser Forster. 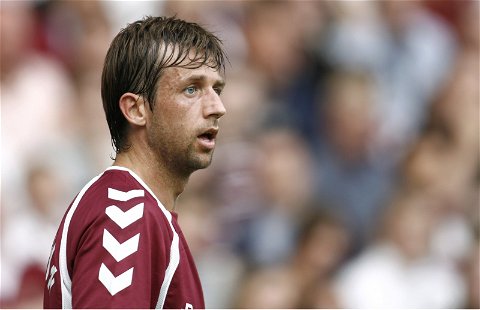 Gerrard screwed up in not being able to capitalise against a team with ten men, but even so they had enough chances to have beaten us convincingly.

In the euphoria of winning a trophy against them, and in the circumstances of that day it was an especially delicious triumph, people were willing to overlook the poor performance. I think most of us put it down to a bad day at the office.

Of course, it wasn’t the first performance last season which should have rung the alarm bells; the scandalous defeat against Cluj at Celtic Park was an even bigger indication that there were things just not working.

What made that cup final performance much easier to ignore – or at least play down – were that we’d won at Ibrox and that we’d also beaten Lazio home and away.

What could really be wrong if were able to do that?

Just a month later we lost at home to the Ibrox club, and real questions were being asked for the first time.

They were, perhaps, late in coming. Even bigger questions arose in the aftermath of the shocking Copenhagen result. But they were parked as our league form propelled us towards the ninth title, and they were shelved completely after the campaign stopped.

So much of that cup final played out the way the last game when the Ibrox club came to Celtic Park.

Both were shocking from the point of view of our performance. I think most of us were willing to look past the cup final because we won it and played most of it with ten men … but two consecutive defeats at home, almost mirror images of that game except in that we’ve gotten progressively worse, have ripped the blinkers off.

This team has been going backwards for a while, probably since the hour Rodgers walked out.

We had enough momentum and enough quality to keep on winning, and some individual displays have been right out of the top drawer … but I said to someone the other day that if you want to know why it’s happened as it has they should take a hammer and hit their boiler with it.

It might not break down completely, but the steady process of it breaking down will have started, and in the event it does stop working, for the first few hours, whilst the house cools, you might not even be aware that anything is wrong. By the following night you will.

That’s what’s been happening to our team for the past few months; like a machine where some of the gears were slightly off, we rumbled on for a while but the issues kept getting worse and now that one gear has thrown off others gears and the whole machine is coming apart.

It was a Hell of a day, that cup final.

It was also the moment we should all have realised that something had gone wrong with the team.

To be fair, a lot of people did.

Although many of us slept through it or chose to critique Gerrard for not being able to tip that game in his favour, others were very critical of Lennon and have been ever since.

It was the wrong type of game for a thorough examination of the manager.

That examination has arrived now, and we can look back on the cup final and other matches were he made baffling decisions or couldn’t read the opposition … it’s a wonder we’ve gotten this far without a crisis point like this one. We had two in his first tenure and he survived both.