“Crisis? What Crisis?” Total Denial And Deflection As The Board Fiddles Whilst Celtic Burns. 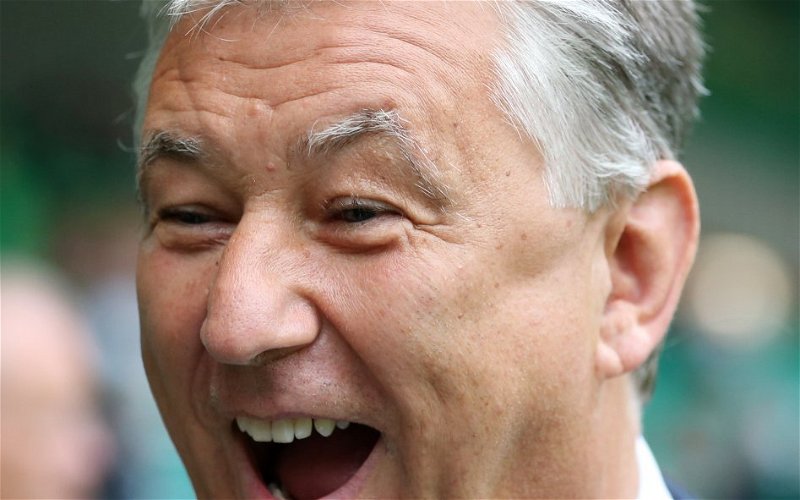 Let’s talk for a moment about Nero, the fifth emperor of Rome’s imperial age, and the second to last of the Julio-Claudian line.

He is damned by history as one of the worst of the Caesars, not just in that era but of all time.

This is amazing when you consider that the extended family alone has Caligula in it as well, and he tried to make his horse consul and sacrificed citizens in the arena during gladiatorial contests whenever they ran out of actual fighters.

The phrase “fiddling whilst Rome burns” harkens back to Nero; his critics claim he sang in the theatre during the Great Fire of AD 64.

Later on this criticism was expanded to his playing the fiddle.

But there was no instrument of that sort during that timeframe, and whilst it may be true that the gave a rendition or two of Iliupersis he also supervised the firefighting efforts and made many provisions for the public both during it and afterwards.

Yes, he built his vast imperial palace, the Domus Aurea, on the devastated lands … but modern historians don’t believe the conspiracy theory that he started the fire – Tacitus tells us he wasn’t even in Rome when it began – or capered delightedly during it.

But sometimes a story is just too good not to tell, over and over again.

A crazed Roman emperor, lost in his own revelry, bathed in his own ego, as the city burns around him? Forget the historical reality, the fiction is juicier.

This is why it survives as an exemplar of those in authority focussing on issues of no importance, or acting irresponsibly, during a crisis.

Similarly, you hear the words “Crisis? What crisis?” and you automatically think of Jim Callaghan, in the closing days of his government.

But he never uttered those words; his actual comments at the height of the Winter of Discontent were to say that in many different parts of the world they would not view the situation in Britain as “mounting chaos.”

A daft thing to say?

Certainly, but not the full-on denial of reality for which he was accused and which in many ways ushered in Thatcherism.

In fact, the phrase itself was the invention of a tabloid journalist at The Sun. Today, people think of Callaghan when they hear it and that’s unfair, but once again it’s a juicy example of how the fiction is sexier than the fact … and thus endures.

As I said yesterday, this board has, wilfully, put out a story that they back Lennon because they don’t want to give in to the fans.

This is a company telling the press that it is deliberately pissing all over its own customers.

This is a football club scorning the supporters at a time when it needs them more than it ever has.

The word for this is madness.

Last week, the message out of the club was “Crisis? What crisis?”

The term “business as usual” was the one getting thrown about.

The blogs have repeated it endlessly. The papers have lashed the club with it, and they are doing so today.

It’ just not clear that anyone at Celtic ever used that expression; it came from a Sky journalist’s tweet.

No matter, because it summed up how the fans see the club at the minute.

The latest headlines and this idea of “not giving in to the mob” – although the mob’s view was echoing that of tens of thousands of us – will endure even longer.

The more this crisis plays out, the more that dreadful piece of PR will come back to haunt those who deployed it.

In the end, who’s going to care what was going on behind the scenes?

When Milan gives us a hiding on Thursday night the board will be to blame.

If St Johnstone beat us at the weekend nobody’s going to be questioning Lennon any longer; his boxes should have been packed this week, and whilst a lot of us are going to resent his selfishness he couldn’t hang on a minute longer than Lawwell and Desmond were content for him to.

Don’t even get me started on Ian Bankier, perhaps the most useless person in Christendom at the moment.

Where’s the “chairman” in all this? Nowhere.

The media doesn’t acknowledge his authority; they know he has none of that. The biggest shareholder and the CEO run the club, the chairman is not even seen as a figurehead. He’s an absolute irrelevance and everyone knows it.

Bankier is so utterly anonymous and totally useless, they can’t even think of a way to use him as a deflector shield. That’s almost certainly for the best when you consider previous examples of his getting involved, none of which has ever made a situation better.

He’s the chairman of Celtic, and he’s such a nonentity that nobody even bothers to call for his head.

No, Lawwell and Desmond are in the firing line where they deserve to be.

It’s their people putting the word out that our club is now being run on the basis of “we’ll see whose balls are bigger.”

It’s a good job neither man ever has to work again; nobody would hire them on the basis of behaviour like that, it’s Dave King style stuff.

They don’t even pretend that they are putting Celtic first, and as much as they might claim to the contrary, they aren’t particularly concerned about the health and well-being of the manager either.

He knows this is over, and if he doesn’t we’ve got even bigger problems.

What is certainly true is that it doesn’t help him to leave him in a job where he’s floundering.

Look, there’s an elephant in the room here which none of us wants to acknowledge; but Lennon has given the impression several times this season that he’s a man on the edge of cracking. I’m not even talking about the protests.

He can feel the walls closing in on him, and you can hear it in his voice and even in the increasingly desperate public search for answers.

Whose interests does it serve for that guy to have to endure another humiliation on Thursday?

Whose interests does it serve for him to face the pressure of the weekend’s game to come?

Desmond is safe in his Bermuda bolt-hole or wherever he spends his time.

Lawwell can hide behind police lines and slink back to his mansion with the heated driveway.

It’s Lennon who bears the brunt of the supporter’s fury, and they know that.

They are poking the fans with a stick, from behind the man they tell the world they regard as a hero and a great Celt, knowing full well that reputation could be tarnished beyond repair before they finally do the necessary.

That’s not just cowardly, that’s hanging a good man out to dry for their own sakes.

It is an appalling way to treat anyone, and all the public expressions of support cannot combat the impression that they are using the manager as a shield, risking his rep, his health and his future in the game just so they can be seen to win a suicidal Mexican standoff with the people who pay the salaries of everyone at Celtic Park.

Is that a fully accurate representation of where we are?

Because we can only judge these people on their public acts and what they themselves have leaked to the press, so whether it’s true or not, whether it’s accurate or not, whether it stands up to historical scrutiny or not, this is what fans believe in the same way as Lawwell’s “we didn’t even look at the other CV’s” claim may have been bravado and bluster that day at Hampden … since we’ll never know the actual facts, that’s what’s on the record.

And it is what future generations will judge them by.

Nero? That was the guy who fiddled whilst Rome burned.

Lawwell and Desmond? Hired a manager in the showers, didn’t even consider anyone else then wouldn’t sack him because they didn’t want to “appease the fans.”

This is how reputations are destroyed, and my money is on this being the enduring memory of how the board acted as our season came apart; Lawwell and Desmond, standing on the balcony of the imperial palace, giving the plebs the two fingers.

What a way to run a giant institution, to honour its magnificent history, what a way to walk in the footsteps of giants.

I am paraphrasing Horace when I say that in the good times we see only what we think are the strengths of the men who lead us; it’s only in adversity that their flaws are finally revealed and God, what small, weak men we have running our club today.