Fellow Celtic Fans, Let Us Talk, One Last Time, About A Move For Patrick Roberts. 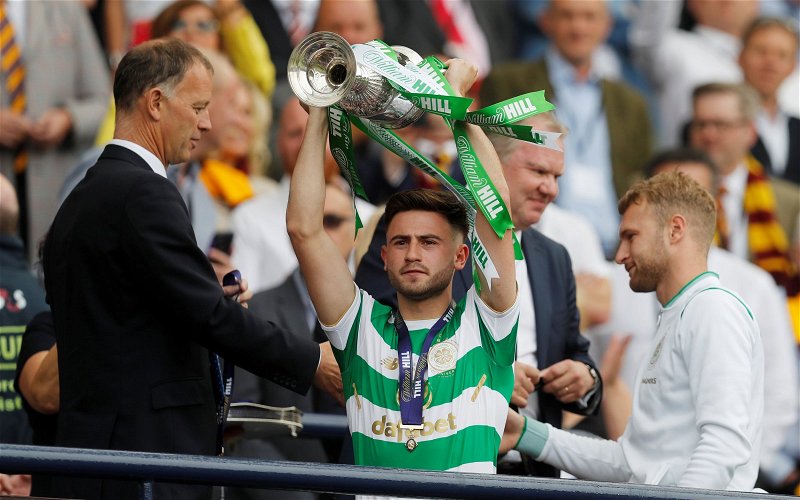 Let’s puzzle, for a moment, shall we, over the Rise And Fall Of Patrick Roberts.

When he signed for Manchester City it was as one of the most promising youth players in all of England.

The fee was big for a player who was still very early in his career, but those who had watched him said he was worth every penny and every bit of the hype that surrounded him. Who were the rest of us mere mortals to argue with them?

I had never heard of him when he signed for Celtic on loan. I had to look him up, and even then I had to ask a few friends in England to put the signing into some kind of context. What exactly were we getting here? Was all the wonder kid stuff justified?

I was greatly encouraged by the reports I got back. I was even more encouraged when we finally got to see him play. Roberts had the right skill-set alright. He was hugely entertaining on the ball. He was one of those players who, to paraphrase a famous commentator, “gets bums off seats.”

I had little doubt that he was going to go on to a big, big career.

I have written about that career several times on this blog. I believed that for Roberts to be his best self he had to cut the cord that bound him to Manchester.

I thought, and I still believe, that he had one chance to sign for Celtic and that was before he signed his last contract at the Etihad. Had the will been there he could have waited, walked on a free, and been our player the following day. I think had it got to the six month mark we’d have opened talks with him, agreed a deal in principle and then paid City a reasonable sum to take him off their hands and end the whole saga at a stroke.

But the minute he signed that new City deal that was over with, and so too was just about any chance of us ever again seeing Patrick Roberts in the Hoops.

Now Celtic badly needs a right sided midfielder, because Forrest is going to be out for God knows how much longer and the club is screaming out for cover in that area anyway. We won’t buy Patrick Roberts but then I wouldn’t want Celtic to spend big money in the coming window, for reasons I’ve already outlined several times; every penny the current manager spends is money that the next guy doesn’t get and under our current “system” we squander too much of it.

I can see why people would conclude, therefore, that Patrick Roberts would represent good business. If his loan at Middlesbrough really is just about done, then he seems like the perfect footballer to come in and take that position on the right hand side. He knows the club. He “gets it” and we all know that on his day Roberts is a phenomenal footballer.

Here’s where things get a little messed up though.

Too many of our fans are focussed on stuff like this, and I worry that they are accurately reflecting the thinking inside the club; unimaginative, uninspiring. There’s the talk of Fraser Forster, as if he was the only goalkeeper out there. There are fans who spend time wondering why Filip Benkovic didn’t come back to Celtic instead of going on loan to Bristol City first and then Cardiff. Now it’s the turn of Roberts, as the old soldier returning for one last campaign.

We are not a charity for footballers (or managers) who are down on their luck. Fraser Forster gambled on making it at Southampton and the gamble failed. Who would be bailing who out who if we went and brought him back to Scotland? Benkovic has been an expensive flop for Leicester. Rodgers doesn’t trust him in their first team and his loans have been disastrous, all but one. Since leaving Parkhead, Roberts has played a little over 30 games in three years.

He flopped at Girona. He was a disaster at Norwich and now he can’t cut it at Borough. What would it say about us if we put saving this most vital of all seasons in his hands?

Besides, how first team ready do you reckon Roberts is? We could sign that guy and not even see him play first team football for weeks.

Imagine he did come in, and got into the team straight away? The questions that would raise as to why he can come from another club where he’s barely kicked a ball, and be ahead of our own squad players, in his levels of fitness, would be hard for Lennon and our coaching staff to escape. Too few people are pressing Lennon on that question; it would be absolutely unavoidable if someone like Roberts were signed and was suddenly playing every week.

Celtic needs to think out of the box … this is just another example of short-termism and an over-reliance on what has worked before. Roberts had his day at Celtic, and he had his chance to come here and make it a permanent gig.

That’s fair enough, and both players were right to do so if that’s what they thought was for the betterment of their careers.

Those dreams are over with.

They ended in failure.

Celtic is a different kind of dream, and we need to be better than thinking a Manchester City or Southampton reserve is the answer to our problems.