Goodwin’s Comments On How To Beat The Ibrox Side Should Echo Through Celtic Park. 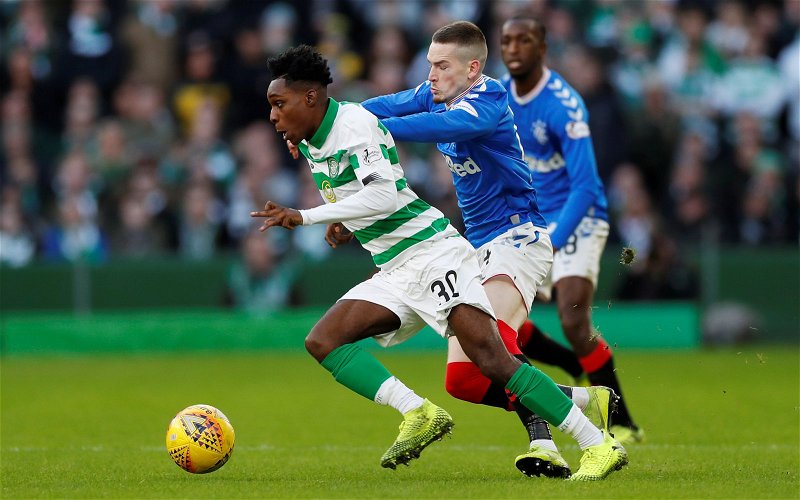 Jim Goodwin remains the only manager to get a win against the Ibrox club this season, which is a statistic which ought to shame every other manager in the SPL and more than a couple in Europe as well.

There is an idea that just won’t quit, no matter how many times it is tested to destruction; that teams can sit back against Gerrard’s team for 90 minutes in the hope that somehow this is what ekes out a result. It is a bust. The league table doesn’t lie.

The key to beating the Ibrox side starts with believing that you can, and that’s where Goodwin and his team were excellent in the cup game against them.

Yesterday, in an extended interview which also slammed referees for giving them too many penalties – there’s an article in that to come, you best believe it – he revealed his secret.

And of course, it’s not a “secret” at all, only what this site and others have been consistently saying for months now.

Harass this lot. Get physical.

Don’t give them time to breathe on the ball, and good things will happen for you.

Is it guaranteed to work all the time?

It might not even work today when the two teams go head to head at the same ground in the league. But it’s a better idea, and more likely to get them something from the game, than sitting back and hoping for the best as Motherwell’s boss recently boasted was his strategy for going to Ibrox.

“I think my players deserve a great deal of credit for the way they stopped (them) playing,” Goodwin said. He deserves some credit too, for being first to crack the code. “(We) got close to them, got in their faces, denied them time and space on the ball which denied them getting any real rhythm into their game and that’s what we need to do (today).”

This is massively relevant to Celtic, of course, and not just because we want to see sides taking points off the Ibrox wannabes in the league.

It is relevant because we travel to their ground in a few days and Lennon has somehow missed the importance of not giving them time on the ball when we’ve played them the past three times. Goodwin has shown us how it’s done as well as everyone else. Lennon needs to take heed of this and set us up appropriately.

We have the personnel to bully and harass them better than St Mirren ever could.

We have the firepower to put their lights out once we’ve forced them into mistakes.

Quite why we’ve been so off the pace and passive against them in our previous three encounters I really don’t know, but we had better not repeat it on Saturday.

The Celtic Park defeat was one of the most gutless displays against an Ibrox club that I can ever remember.

We really need to be much, much more aggressive both in the 50/50 balls and in getting in about that defence of theirs.

Two strikers are a good start if that’s what the manager goes with. If he doesn’t it’s going to be pretty damned hard to defend.

The thing is, whenever teams have been aggressive against the Ibrox club, and not just in this campaign but in previous ones, they have been much more effective. Rodgers teams were so successful against clubs from Ibrox because from the first minute of the games against them our entire team was inside their half, pressing them whenever they had the ball.

This is what we have to emulate.

This is the missing piece of the jigsaw.

With the right formation and the right attitude, we will go to Ibrox at the weekend and win.

Anything less and the manager will be packing his pencils.