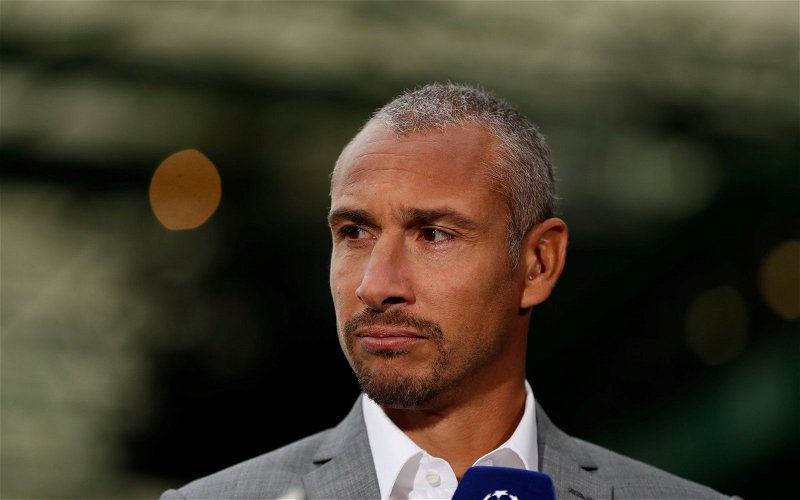 There is a tendency amongst some at Celtic to get overly sentimental.

It would be a mistake to do that over the manager currently there or when trying to decide who the next one might be.

Neil Lennon still commands an awful lot of respect amongst our supporters, but you can feel it ebbing away. In the end, it will not save him. A time for utter ruthlessness will come at that point the board won’t feel like it has any choice, and he’ll be gone.

One of the sillier arguments that fans have from time to time is over whether the next Celtic boss needs to have “perfect” Celtic credentials. Nothing could be further from the reality; not only is this not necessary, but it might actively work against us.

One of the reasons Lennon is in the job despite the last ten games is that the board believe they owe him something, and they consider him a Celtic icon.

I think they are wrong about what they owe him, and time will tell whether he graduates to the status of an icon, but the fact is a lot of fans feel that he’s earned some loyalty above and beyond what a mercenary manager would get, and don’t believe sacking him is “fair.”

It’s this kind of sentimentality that causes problems, and those problems would be all too apparent if we were to hire another Celtic legend as Neil Lennon’s replacement and things went pear-shaped, as I am almost certain they would.

Simon Donnelly was talking to the Celtic Huddle podcast the other day, and they asked him about the possibility of Henrik Larsson coming to manage the club next. He waived the idea off, but critically he said it was the King of Kings who would turn down any overture from Parkhead.

I actually believe that, but not for the reasons Simon Donnelly thinks.

Larsson would turn it down because he’s not remotely accomplished enough for the job.

Donnelly disagrees, but the only argument he can offer for why it would be a good idea is that it would “capture the imagination” of the Celtic fans.

Yeah … a little bit like a bad acid trip.

Donnelly disagrees with those who say Larsson lacks experience, and I’m with him on that. Larsson is not short of managerial experience, but that which he has hasn’t been all that great. He’s not been impressive in the dugout; he has no history of successes or even coming close to them.

He hasn’t managed at a high enough level either.

Now there was a time when I wouldn’t have cared about that; when Ronny Deila was appointed I thought it was an adventurous and interesting choice, and a risk-free one because he had won things with an unfancied club in Norway.

But looking back, with the benefit of hindsight, a manager from the Norwegian league shouldn’t be the level Celtic looks at.

Larsson’s own prior experience is in Sweden, and although he’s now at Barcelona he isn’t there as a manager but as an assistant and the difference is massive.

None of this is to say that Larsson will never be ready; he will leave Barcelona a far more accomplished individual in the coaching sense than he is right now, and might go back to a management job and truly earn his spurs, but it will be learning on the job and Celtic has had enough of that already.

We are not a club where that should be happening.

Finally, you have to wonder whether it’s really a good idea to put another major Celtic figure on a hiding to nothing. The only circumstances under which Larsson would be asked to become Celtic’s new manager would be if the present structure was going to be maintained; that means Desmond and Lawwell presiding over the same old dynamic, with the dressing room very much under the dominion of the board and not the sole province of the manager.

At this point, any such arrangement will be untenable. The Celtic fans will simply not accept any new appointment which stinks of the current regime. This is why John Kennedy will never be appointed manager, as the backlash would be unbelievable.

The same anger would be bubbling away under Larsson from the minute he got the job. How many more of our icons do we want to ruin? I personally don’t ever want a situation where we look on the King of Kings the way sections of the Ibrox support view McCoist.

Larsson is the greatest player I’ve ever seen in a Celtic shirt.

I want to keep my memories of him just the way they are.