Leigh Griffiths Is Right To Ask For More Time On The Pitch. He’s Crucial To Celtic. 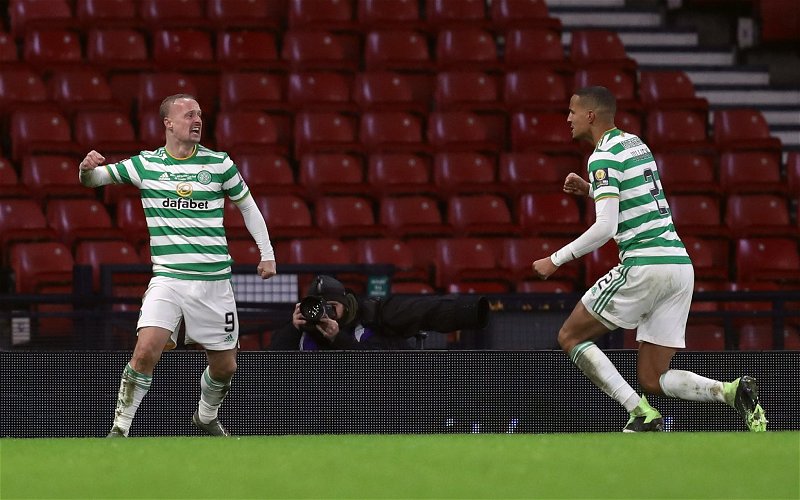 I firmly believe that we would have lost that game yesterday but for Leigh Griffiths. His value to this team has been proved time and time again. What will it take for Neil Lennon to start this guy on more occasions? He can’t still be unfit. It’s time he got a run.

Griffiths is the natural predator. Edouard might be the best all-round striker we have had at the club since the King of Kings but Leigh is the best finisher and penalty box presence we’ve had in decades. His entire career, he has scored goals. We know this.

Leigh has been patient. More so than any other player in the team, this guy has waited his turn. How many times is it now this season that we’ve had to draft him in to save our bacon? How often does he do it? When called this player is never found wanting. I knew when we brought him on yesterday that he would come up with the goods; he and Edouard should have been on the park together. They should start every week side by side.

He is just so instinctive in front of goal.

There is no other footballer I’d rather have in the six-yard area; he is deadly and he knows how to do it when it matters, in the big games. If we’re going to win at Ibrox we need guys like this in the side, guys who are hungry and never quit.

If we want to save this league season we ought to have our best players on the pitch.

No wonder he is now talking in the press about wanting games. How much longer should he wait as we struggle without him? He does harbour ambitions of going to the Euros, and why should he not? He is Scotland’s best chance of scoring goals in that competition and there is no way that he should be left out of the squad.

But he is also correct that a guy who isn’t playing for his club team ought not to be considered for selection in front of footballers who are. If the national team is to benefit he has to be in the Celtic side. It would be a lopsided equation if we didn’t also benefit … but the evidence is clear that we do whenever this boy plays for us.

To me, Griffiths is something of a football marvel. Over and over again he demonstrates his worth to this team. Time and time again he is written off and gets an unexpected opportunity and time and time again he grabs a hold of it and then has to endlessly wait for the next one. What more is Lennon looking for from him? When he plays, he scores. That’s the simple fact of it, and every team in Scotland would kill to have a footballer like him in their ranks.

If we offered Leigh for loan, there would be queue round the block for his signature. He would go too, because he does want to play every week and would whether the Euros were looming or not. He would score goals for anyone.

It is high time we gave this lad an extended run in the team. We know he will not let us down. We know it. Partner him up with Eddie and watch this team start to put opposing sides away again. We have the best two strikers in the league. Time to use them.