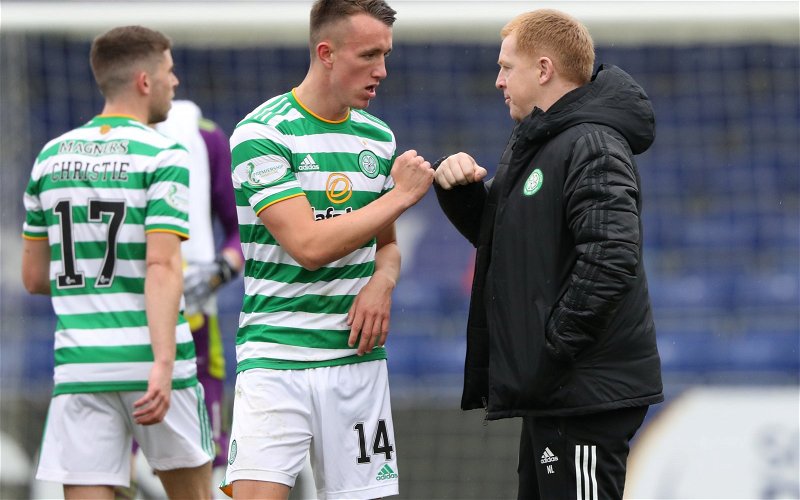 Neil Lennon’s job is safe until January and as scandalous as this is to all of us, it might well be something that helps our squad.

The team can play tonight’s game without pressure, and because Lennon no longer has to worry about fielding a full strength side we may just see some of the fringe players taking part in the game. So goes the theory.

Lennon ought to have given these guys a chance long before now.

That he hasn’t is a serious indictment on him.

His complaint, at the weekend, that some of these players aren’t fit was quite ridiculous when you consider that this is his fault.

Our footballers should be up to speed by now, all of them, even those who aren’t getting games every week.

We’re well into the campaign, after all. Europe’s Group Stage games will be completed when the full-time whistle goes tonight. We’ve completed nearly one third of our league matches. When the directors heard that, any confidence they had left in him should have drained away.

I cannot believe they are willing to overlook it.

But they clearly are, because he leads the side into this game and the only good thing we can hope for is that he keeps his word and plays some of our fringe players. Soro, Turnbull and Klimala in particular have all more than earned their shot.

We bought two of those guys in the window in January last year and they’ve barely kicked a ball.

The way the manager has failed to utilise the depth of talent available to him is just one of the big concerns we all have this year, and it has raised serious questions not only about our signing policy but also about who’s in charge of it.

If Lawwell signed these guys over the manager’s head and the manager refuses to play them as a result of that, then that would indicate a major strategic failure in and of itself. It’s obvious that when Rodgers was in charge he wasn’t going to simply play footballers he didn’t fancy and hadn’t signed, and that should, perhaps, have been the moment where someone in the boardroom realised what a bad idea it is for the manager to have players forced on him.

But it appears that no-one bothered to put a stop to this insanity; one newspaper says that Duffy was forced on Lennon and if that’s true why shouldn’t we believe that other players weren’t too? The board cannot force a manager to play the players it signs … so if there’s a logic behind the way this works it’s one that nobody has explained to us.

Whatever the reasons, these guys haven’t had a fair crack of the whip.

The fans want to see them get their chance and it might well be that they do this evening; it would be good to think so. We aren’t going to learn a lot about Lennon that we don’t already know but we might get to find out if these guys have a contribution to make to the next evolution of this team.