Robinson’s Comments Don’t Suggest That Celtic Will Get A Title Favour This Weekend. 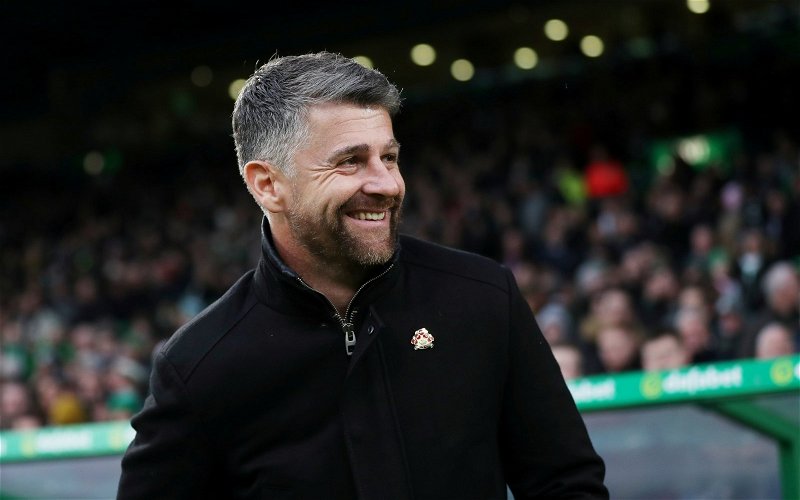 There will be weekends which give us a lift in this title race, provided, that is, that we can keep on winning.

But this will not be one of them, I don’t think, not based on Stephen Robinson’s comments to the media today.

He rightly pointed out that the result in midweek shows that the Ibrox club is “not invincible”, but that was about the only thing his analysis got right.

In fact, if there was an award for drawing the most wrong conclusions from one game of football he would have a good chance of winning it. A better chance, anyway, than his team has of getting a result tomorrow based on what he was saying.

“They are not invincible,” he said. “That’s what [Wednesday evening] proved if everything goes your way. It was almost the perfect storm so to speak, the weather was horrendous, pitch was a bit bobbly and maybe (they) didn’t play to the top of their game.”

If you think he sounds a bit like Kris Boyd you aren’t wrong. It’s as if he decided to provide as many excuses for the Ibrox club losing that game as he could. What was worse, and even more ridiculous, was what he followed up with.

“You need all three of those things to happen and credit to St Mirren, they got a result, dug in and stayed in the game and they defended well. That’s the key to it … That’s what I got out of the game the other night, people were throwing their bodies on the line and you have to do that and hope that (they) are not at the top of their game.”

Except that’s not true at all. Yes, St Mirren dug in and defended well but they won by scoring three times.

They didn’t sit back and put eleven men behind the ball and hope for the best; Jim Goodwin went for it.

He did what only a handful of mangers have done this season, and he got in the Ibrox club’s faces and he made a determined effort to win.

If Motherwell go to Ibrox and sit back and try and hold on for a draw they will deservedly get turned over.

Robinson says they have “a game plan”; well if it runs on the basis he’s just described they will leave with a defeat and he will talk about how the breaks just didn’t go their way … no manager who thinks his team needs to rely on luck deserves to get it.

His team lost 5-1 to the Ibrox club, at home, earlier in the campaign so I never really held out a lot of hope that they would better that tomorrow.

They are in dire form as well; Robinson sounds like a manager who hasn’t won in the last five games, and has no expectation of turning it around in this one.

This guy has already factored defeat into his thinking.

Other managers will take a different lesson from what St Mirren did the other night.

They will see it as proof that the Ibrox club has vulnerabilities they can exploit.

Don’t look for favours tomorrow, guys, but that doesn’t mean we should not expect them elsewhere. 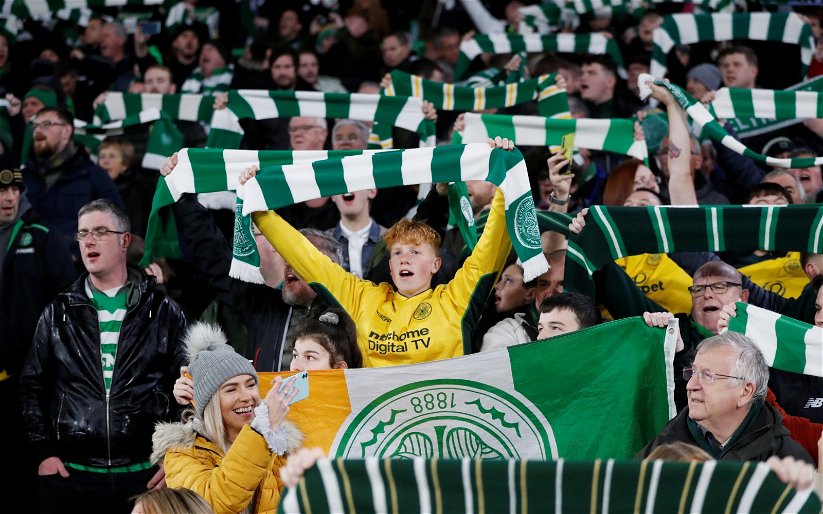 If Away Fans Are Allowed Into Celtic Park, We Will Have To Include Our Rivals In That.

The Ibrox Operation Is A Parody Of A Football Club And It’s Running On Empty.