Turnbull Proves Again That Celtic Can Do We Well When We Buy Domestic Talent. 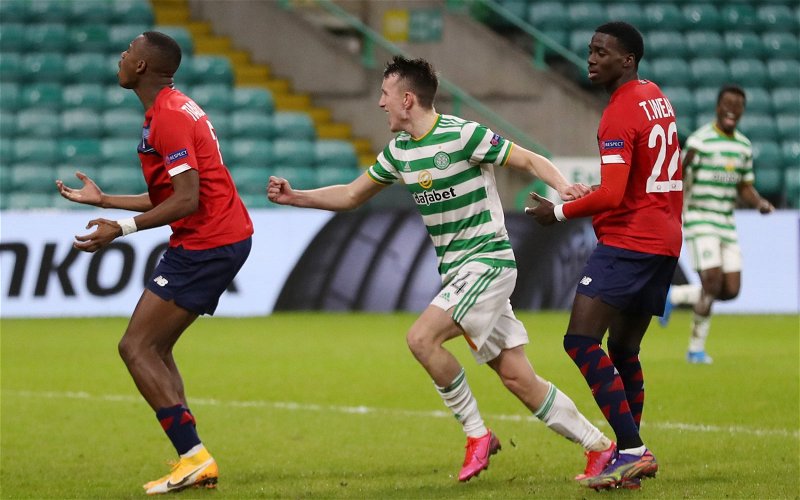 David Turnbull’s performance last night will have come as no surprise to those who watched this guy play with such consistency and verve at Motherwell that it inspired Celtic to make a £3 million offer for him not once but twice. He is the Real Deal.

His performance last night was thrilling. He deserved to have capped it off with a goal.

This is a guy who wanted the move to Celtic enough in the first place that he turned down a more lucrative offer from England.

Let’s not forget too that we wanted him enough that we came back for him after the initial move broke down because of injury.

This was not a punt. We know exactly what this kid has got because we watched him extensively.

There is something about buying the best domestic talent; it’s a no risk proposition, which makes the handful who get away from us at times all the harder to bear.

James McCarthy should have been a Celtic player. We should never have let a talent that clear-cut and outstanding move to England.

Everyone knows now that allowing John McGinn to slip away was a colossal failure.

I have given Lawwell a lot of benefit of the doubt on that one but no more; the more you watch our CEO the more you realise that he believes his knowledge of football is vastly greater than it is. McGinn was worth the extra few quid that would have pressured the Hibs board into doing business.

Lawwell just wanted to screw Petrie and it ended up screwing us instead.

We will know in due course if McKenna would have been a decent signing. We still have Jack Hendry on our books; he has been outstanding in Belgium. We still have him for the next two years if it turns out that our initial scouting on him was correct.

The last player I felt this sure about from Scotland – McGinn notwithstanding – was Ryan Christie and he has proved to be every bit as good, and more, than I believed he would be. Before that, the guy I most wanted to see in a Celtic shirt was Leigh Griffiths. I was a huge fan of Stuart Armstrong as well and he turned out to be a great signing.

There a couple of other footballers in Scotland right now – Martin Boyle and Allan Campbell – who would definitely do us a turn.

Campbell, in particular, is a fantastic talent and if we don’t snap him up then someone down south is most definitely going to. He is young, which means there’s a long-term prospect there just as there is with David Turnbull. The moment James Forrest got injured and we found out that it was long-term I thought we would certainly go for Boyle … I couldn’t believe we didn’t.

There’s a snobbery about buying domestic talent which I’ve never understood. The successes of the last few years have been built on a solid foundation of Scottish produced talents, some from our own youth academies and others developed elsewhere.

With Brexit about to hit us like a hammer, and with the impact on the football business still uncertain, we may find ourselves looking more and more to the talents within our own geographical boundary. That’s not necessarily something to fear.