Aberdeen’s “Challenging Celtic For Second” Didn’t Last Long, Did It? 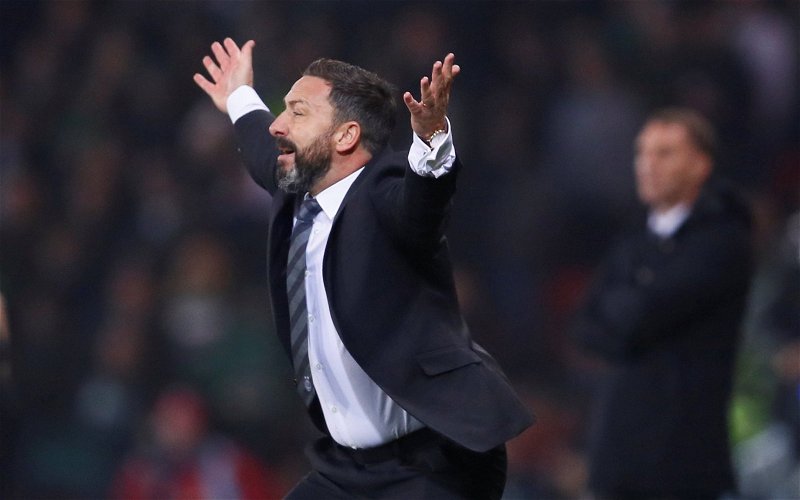 Today Aberdeen’s much heralded second place challenge collapsed as they 4-1 to Ross County. It is the kind of result which Derek McInnes specialises in; a result so bad  even hardcore supporters who have lived through years of mediocrity want to crawl underneath the bed.

This is what Aberdeen and it’s supporters expect now. The fans hate it, but this is what the club accepts. Disarray. Shambles. Disgrace. If Aberdeen were serious about making a run at us they’d have to start with jettisoning their manager.

It is a competition, I think, to see who can turn in the worse campaign; McInnes, who is pushing on an open door and still not managing to get through it, or Lennon who’s career hangs in the balance as much as his future at Celtic does.

The problem with Aberdeen is that they neither think nor act like a big club is supposed to. If it is sometimes hard to take Aberdeen seriously as challengers it is surely because Aberdeen don’t take themselves seriously.

Stewart Milne casually accepted second place when there was no club from Ibrox in the league.  Had Aberdeen been serious at the time, they could have cemented that second place. They could have locked Ibrox out of it for good.

And from there, they could have come for us.

Aberdeen never seriously entertains the idea of being more than it is though. They see limitations all around them, and they accept those limitations. That’s why clubs like Aberdeen, who think small and act small, cannot catch us for second far less challenge for titles.

The first great task facing any football club that seeks to win things is to believe that they are capable of it, and without that belief no football club can be successful. Aberdeen accepted their lot, as a struggling also-ran a long time ago, and Derek McInnes is living proof of it.

Celtic fans may be frustrated at the moment, because Neil Lennon shows no signs of budging, but I know Aberdeen fans feel our pain tenfold because they cannot fathom why their club hasn’t already moved past McInnes and onto something better.

This isn’t something that’s just reared its head either; they’ve felt like that for years now, and whilst there is some flicker of hope amongst Celtic fans that this long season will end on the right note with the kind of appointment who will have us dreaming of glories to come, Aberdeen fans expect that McInnes will be replaced with another manager who’ll target third place and call that a victory.

When that mindset changes then the club will start to look like contenders … it will still be a long road to get there, but they’ll have started at least. Tonight they seem very, very far from every putting down those kind of roots.