As Celtic Kid Heads For The Exit, Why Did We Hand Him His Debut This Week? 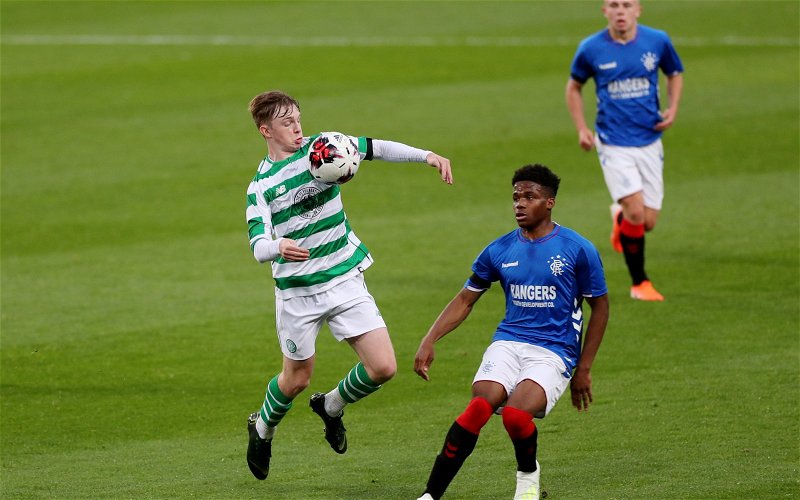 Celtic’s disastrous season has gone from bad to worse tonight as a raft of questions arise about why we gave a first-team debut to Cameron Harper, our US youth prospect, just this week only for him to be considering a pre-contract agreement with a team from the MLS?

Did we know he was on the brink of leaving when we put him into the team ahead of other players?

Or was this a final, desperate, gambit to convince a player who’s not seen a sniff of first team football that he actually should stay at Celtic? Either way, it stinks.

We look more amateurish at every turn.

In the instance the player had already told us he was considering this, that should have been that and his place given to Ewan Henderson or Karamoko Dembele or any of the other youth players who will still be at the club past this window and who intend to hang around.

Of course, there are questions about Dembele on that front, but they remain just rumours.

In the instance that this was a final throw of the dice in an effort to get a highly rated youth player to stay it is a pretty shocking one when you consider that the right hand side of midfield has been wide open for months, when this kid simply hasn’t had a sniff.

I don’t know whether Cameron Harper is a class act or not. I thought he looked laboured in midweek if I’m being honest.

If he produced magic I must have missed it.

But you can’t expect to judge any player on one game, although the media has done it when those players have been in Celtic shirts.

I figure that if this kid was good enough he’d at least have seen a couple of minutes before now … but then we waited a while for Soro and Turnbull as well.

The number of young players we’ve lost has been troubling some people for a long time.

I am more concerned with the clear desire to depart from some of the more senior players; these are clear signs that our club is not a happy place to be right now.

But this is another PR disaster.

It’s as if nobody at the club is capable of joined up thinking right now.

To hand this guy a debut in the same week he decides to leave … it’s mind-blowing.

It’s a failure at every level, including simple communication.

The only other explanation that makes sense is that we gave him a debut, looked at him and said “no thanks kid, you can go …” but if we’ve made that decision on the basis of one game in the first team then things at Celtic are even more screwed up than we thought.