Celtic’s Outstanding Managerial Candidate Is Still Available, But Not For Long. 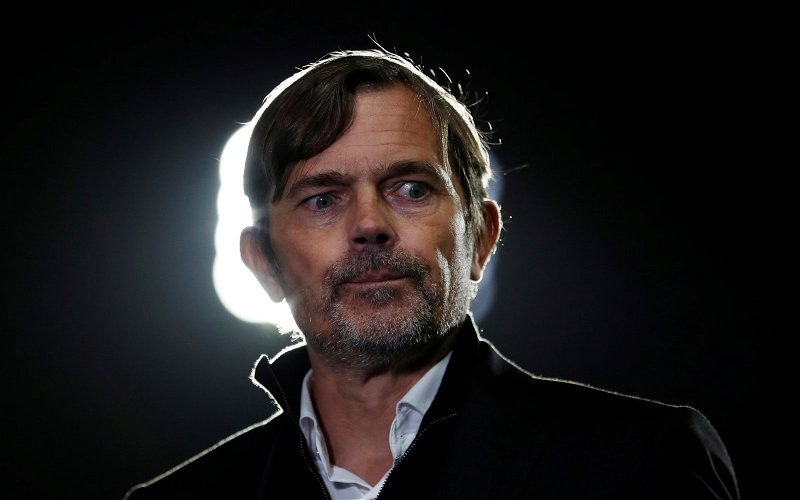 A month ago, I was going to write an article about some of the possible names to be next Celtic’s next manager.

There would have been three people named in it.

One of them already has a job, which he took only a week or so ago.

Ironically, it’s his name that would have been in the title.

I was going to call it A Blanc Sheet Of Paper.

Sadly, he’s one that got away from us.

Laurent Blanc is finding his feet again in the Qatari league. He is not going to stay there. The money he makes in that league would allow him to work anywhere he chose in the future without having to worry about cash. But he had offers all the way through the five years of his absence from the dugout, and they were big offers too.

Blanc would have come to Celtic in 2019. His agents expressed an interest in the role. I suspect that his name was one of those which Lawwell never even considered.

Blanc would have eaten Lawwell for breakfast as manager.

They call him Le President.

That would have stuck in the CEO’s craw too much. It’s no wonder he didn’t want to hear it.

We could not have done better than the manager who won four league titles in France, one of them with Bordeaux.

He would have been an outstanding, inspiring, big statement pick.

Clubs across Europe would have remembered our names with something like respect instead of pissing themselves laughing. Sparta Prague’s management team would not have been so casually dismissive of a side with the French legend in the dugout.

Retaining Lennon as long as we had meant that we weren’t even in a position where we could have approached this guy. He was never going to be available long once he decided to return to the game.

Would we have beaten off such rich competition?

Who knows? But I’d like to think he’d have seen us as a better footballing bet … and it would have made him think.

The second manager I had on my list was Lucien Favre, the former Dortmund boss sacked last year. I added him to the growing list I keep in my head almost as soon as they got rid of him on 13 December, because his teams are excellent to watch and he can consider himself hugely unlucky not have been given a greater opportunity there.

His style of play and his philosophy of the game would have dynamited Scottish football. He has also been around Europe enough to know what’s needed on that stage.

This would have been another majorly ambitious move … I just wonder if the club would have had the stones for it. I very much doubt it somehow.

But my first choice has always been Philip Cocu, and nothing that happened in his stint at Derby has convinced me that it would have been a bad decision. His three titles in Holland were won playing excellent football.

He was the man who broke the dominance of an outstanding Ajax team which had won four in a row. He did it buying young players and developing talent through the club’s youth ranks. The cumulative effects on the team were excellent.

Cocu’s focus on development and winning football is exactly what made him unsuited to the business of managing an environment like the English Championship, with its instant demands and requirement that every manager should stamp a mark on the team immediately. His spell there was disastrous, and no doubt about it, but his ideas were right.

The club was wrong. It has appointed a completely rookie with a famous name to take over from him.

That shows you how narrow their focus actually is.

Cocu needs the long term to redevelop a club to his own specifications … that’s what we could grant him. I think with our squad at his disposal we could expect results … but it’s that long-term strategy that we need most, that long-term thinking, that focus on technical football and youth. With our transfer market options limited, you want a real talent spotter in charge.

The entire Celtic structure needs tearing down and rebuilding; a Dutchman from the old BarcAjax school of the game would be a great candidate for taking that role on and I cannot imagine him not succeeding here.

You’ll have noticed, by the way, that Eddie Howe is not on this list of candidates; I picked these guys because I think we need a European manager next time around, but if we’re going for someone deliberately because he knows the game in the UK – which is where our transfer market focus now has to be – then Howe is the absolute best choice … I just think the Dutch approach is better.

I’ll do a fuller article on Eddie Howe tomorrow … but let’s just say I wouldn’t throw the toys out of the pram if the rumours about him turned out to be accurate. He would be a superb manager of Celtic.

But Cocu’s philosophy is exactly the sort we need.

But time is running out. Don’t be fooled by any of the nonsense in the press that this guy has to rebuild his reputation; it remains stellar and he will land a top job somewhere. If we wanted him, we would have to move fast.

Unfortunately, that’s what we show no sign of doing.