Duff Returning To Celtic Is Unlikely, And We Should Ask Questions If He Does. 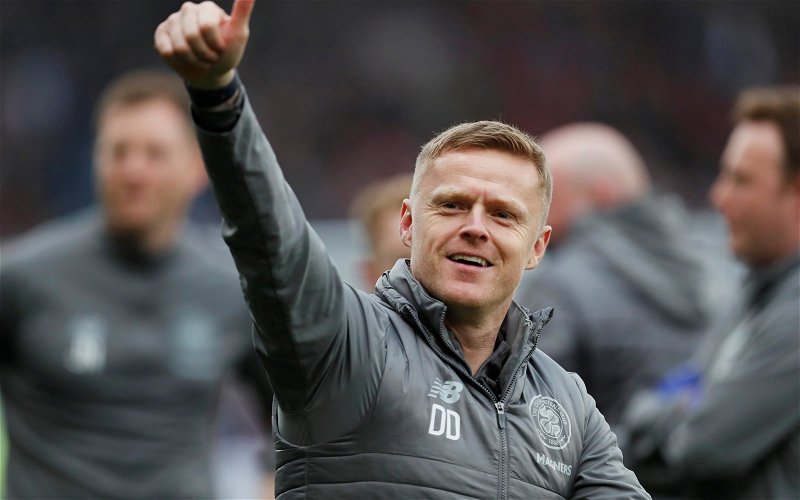 The news yesterday that Damien Duff has left his job with the Republic of Ireland international side is good for some in that they think it opens the door to his return to Celtic Park.

Whilst it would have all the hallmarks of another step backwards I actually agree with those who say it would actually be a step forward, one that would, without a shadow of a doubt, improve the coaching system at Parkhead.

There are problems with that though, as I’ll talk about in this piece.

Without a doubt, we’ve gone backwards since his leaving.

Did our standards start to drop when he left?

No-one knows, and the suspicion is that they were dropping even whilst he was there. But his departure certainly accelerated things. We haven’t looked right since. Damien Duff’s departure was a bad thing for us.

His return could only be positive.

There are obvious questions about why he left in the first place, but they would not be foremost in my thinking if he were to return.

There are some managers who would want a certain amount of continuity, but I tend to think that a fresh reset would be the best thing for us in many ways.

There is too much scepticism about him amongst the support; rightly or wrong, fairly or not, he’s seen by many as Lawwell’s dressing room spy and no management team would, or should, tolerate that.

Would Duff survive that?

He’s entitled to see it as a risk, and perhaps not one worth taking.

He will have other offers, and we can give him no guarantees.

It’s not the only question.

The one we should all want answers to is why it took Duff leaving the Ireland set-up before we made a necessary addition to the coaching team. It’s hardly a secret that we are drastically short in this department.

We quite clearly needed to beef up the coaching team many weeks ago. If Duff is available, and we think he might stay on beyond the season, he would be a good choice.

But Duff is not the only coach out there.

A move to bring him back would confirm that the whole club is relying on an old pal’s network and mere luck, pretty much on something falling into our hands, rather than our being proactive and going out and doing necessary work.

This is all hypothetical of course. I am not launching an attack on Celtic over something that they might do. To the best of my knowledge, Celtic has not expressed any interest in this idea … there are good and bad points on both sides of the debate.

The club has not even made a comment on Duff and I don’t expect one.

They have made no move for Duff and I don’t expect one of those either.

Willingness would have to be there on both sides and it’s just not clear that it would be there on either of them.

Celtic is in stasis.

A move for Duff might break that, but it would do so in a way that would raise as many questions as it answers.

For the record, I’d support it as we would improve, but it would make me think we were making it up as we went along, and there is a very strong impression of that already.