Filip Benkovic: Proof Of Celtic’s Failure Of Imagination Or The Stop Gap We Need? 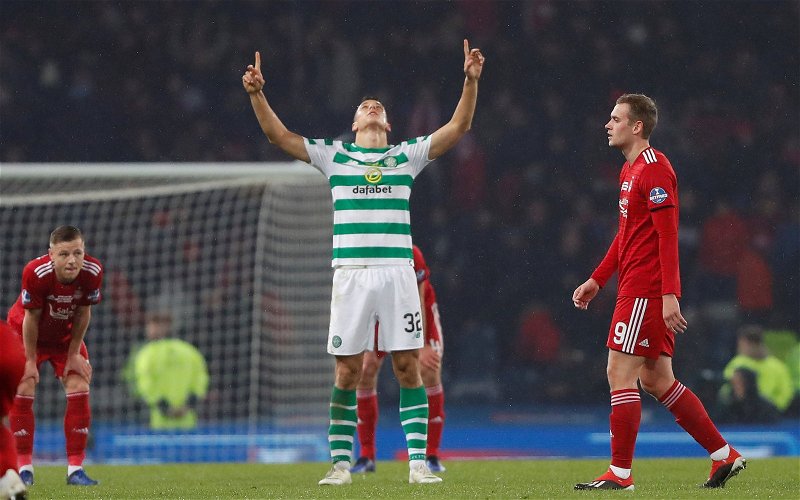 The Record is linking Filip Benkovic with a move back to Celtic today.

One of Celtic cyberspace’s sites, one with a good understanding of the thinking of the club, had an article up this morning which dropped a big hint that this was under consideration.

Brendan Rodgers has now “signed off” on the possibility. So there is more in this than just a handful of internet rumours. This one might very well have legs.

But is it a good move? Isn’t this just another example of our club being unable to look past old remedies? Where is the imagination? Where are the fresh ideas?

In some ways, though, this is what you might want at this moment in time.

So whilst this club is in that holding pattern, the signing of someone like Benkovic makes a curious kind of sense.

This isn’t like trying to bring back Fraser Forster, which offers another shot at career rehabilitation to someone who’s spurned us and let us down, and a move which in addition to that would undermine our current keeper; we need someone to replace Jullien in the medium term. He is probably out for the rest of this campaign.

That’s all we’re doing at the moment, if we’re being honest; we’re scrambling to plug holes. This squad will not be developed in this window; all we’ll do is bring in some loanees to get us through the season.

That’s why I think this one might have legs.

It’s why I reckon there could be movement happening behind the scenes on this one.

Rodgers denies there’s been contact, but if that’s true we really are not so much asleep at the wheel as slumped unconscious over it with the empty whiskey bottle at our feet.

Even, if like me, you do believe this is a complete failure of imagination or having a Plan B – I personally don’t want to see us sign Benkovic even as a stop-gap – you would have to say that it would be gross negligence not to have looked into the possibility, even as a last resort.

It sounds crazy to be talking about last resorts; yet the window has been open for a week and the injury to Jullien known for around the same length of time.

We have big games coming up when the team arrives back from the Dubai junket. Are we planning on having anybody in for those matches?

Our entire club is a standstill … I have never seen us stuck in such inertia.

So Filip Benkovic … I reckon something is going on here.

I won’t be surprised if this deal is done before the team returns; for some it would be a PR win at a time when we increasingly need one.

But the signing of a player Lennon hardly rated and didn’t play the first time he was here on loan doesn’t impress me at all and is one we shouldn’t be pursuing unless we were desperate.

And maybe we are.

Maybe that’s where are as a club.