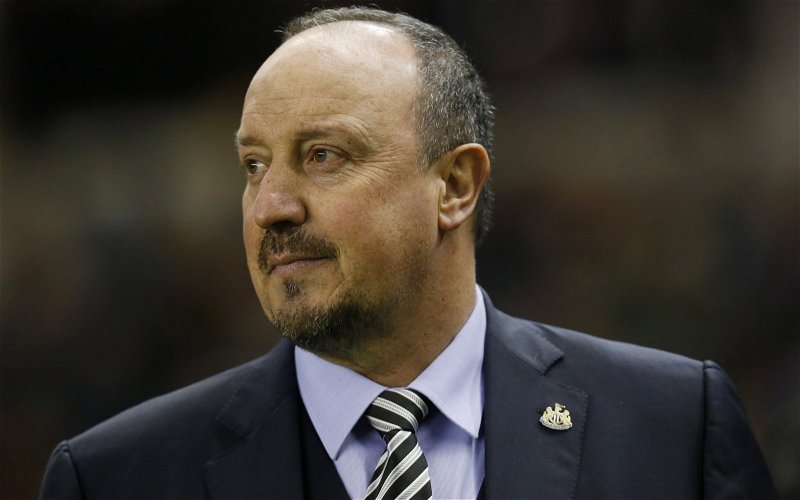 Today the news broke that the man most Celtic fans wanted in 2019 is available again, at just the time when we’re waiting for a decision on Lennon’s future. Rafa Benitez is one of the greatest managers in the world.

His record is outstanding. He is a legend in the game.

Yesterday, I wrote about Ronny Deila and how his abilities as a manager were undermined by football ego and arrogance. He never dominated the dressing room in the way you’d want someone in his position to do.

His ideas were jarring to players who were not used to the kind of things he espoused. That those ideas would eventually be utilised by Rodgers, with almost universal buy-in, is one of the great ironies of the Ronny Deila story.

What we need next is a manager who can combine those modern footballing ideas to a good tactical brain and the gravitas to make people listen to him. Rafa Benitez ticks every single one of the boxes.

Nobody would question him.

How realistic is this?

How realistic is that Benitez would want to come and take over a club such as ours?

He will not be short of offers. He hasn’t been short of them at any point in his football career. We would have to move very fast and we would have to make a very sexy offer. He doesn’t need the money, but he wouldn’t come and work for free.

Would he come and work under the likes of Lawwell?

No, I don’t think he would, unless Lawwell’s power was severely curtailed.

He smarted under the thumb of Mike Ashley, and I doubt he would voluntarily take on that kind of set up again.

Lawwell would not want Benitez either, because there is no way that the man would defer to a bean counter masquerading as a director of football but without the title.

Could we afford him?

Well, Rodgers would have been on a pile of money and I think Benitez might be amendable to offers at the same level.

It would depend on what other guarantees he was given.

A chance to build an entire club in his own imagine might be too good for him to resist … but before all of that you need a board which believes it can get him.

If Rodgers didn’t come from a “Celtic background” would we even have gone for him?

The days when this club had imagination and genuine guts seem like a long way back.

O’Neill and Rodgers were the right men at the right time, but without their “Celtic credentials” would we even have tried?

The rest of the Lawwell era appointments suggest not.

I don’t believe that the club itself represents a sticking point.

I don’t believe the environment in which we play represents a problem either.

But any new manager is going to have to believe that the club takes itself seriously. The mere act of approaching Benitez would prove that we do; this guy isn’t just going to come and chap on our door though.

This is where I worry.

I don’t know that our club’s board believes in the club enough, or in their own ability to sell this kind of move.

Rodgers and O’Neill were seen already as having half a foot in the door; I actually think we’d have stood a good chance of getting both even without their long-term connection to the club.

We are still a mighty name.

But our leaders are limited in their thinking and that’s a big problem for us.

I worry that they won’t start with a list of the best names available but a list made up of the best these limited men with their limited imaginations thinks that we can get.

But some of the names on that better list probably would join Celtic and I do believe Benitez is one of them.

In short, I think the option is realistic.

I refuse to believe that our club is no longer the draw that it once was.

The irony is that the situation we’re in might actually make it easier to get someone like this than it might have been before; it is a greater challenge for a manger to rebuild a club than to take over one that’s running smoothly.

It would not be an easy sell, because we really do look a mess right now.

But the very act of going to someone like Benitez and asking “Can we talk?” would give our reputation a jolt, and suddenly our name would be ringing around Europe again for the right reasons.

The worst that can happen is that he says no.

Even then I reckon we’d still be better off than we are right now, just for having had the ambition to try.