Morelos Gets Cited But The Ref Who “Missed” The Challenge Carries On. 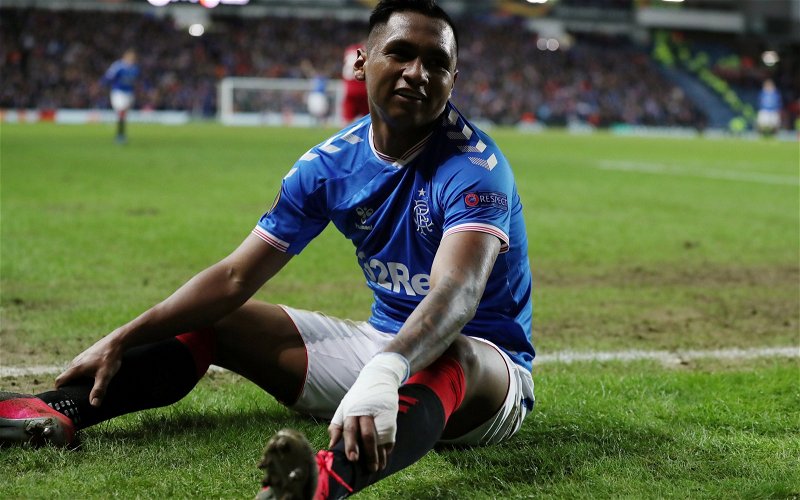 So the SFA has announced that they are citing Mad Dog for his latest act of blatant thuggery; nowhere in their complaint and statement is there any indication that they have any questions over the referee, Kevin Clancy, who was responsible for “missing” the challenge.

If a picture speaks a thousand words, what do you think this one says? 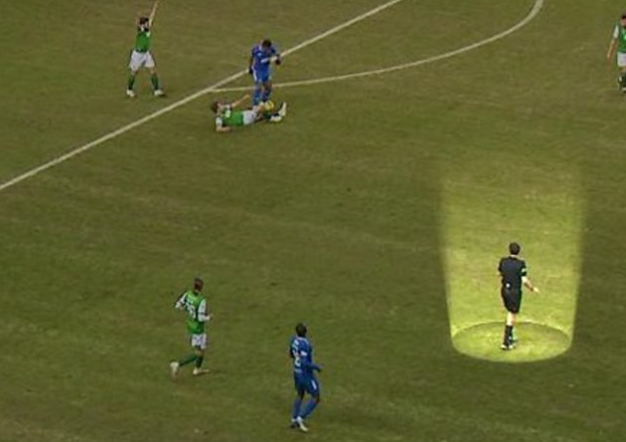 To me it screams “And he doesn’t see that?”

It is appalling that Scottish football continues to pretend this stuff isn’t outrageous and just wrong, and I’m not talking about Morelos here but Clancy’s blind man act, which is the real offence as far as I’m concerned.

You cannot blame Morelos for being what he is.

When his manager stands by him and praises him after the game instead of carpeting him and demanding that he sort himself out, and when the media pours honey on him for how vital he is “to the cause” then how else do you think this snarking thug is going to act on the field?

It is the job of the match officials to deal with stuff like this, so that players like Morelos can’t just do this stuff with impunity.

Gerrard would be less likely to praise him and stand by him if officials did their jobs and punished these acts on the day instead of doing damn and all letting him get the headlines for scoring the match-winner prior to taking action.

Officials who don’t “see” such incidents or respond to them properly are frankly incompetent at best and at worst corrupting the sport. Either way, they shouldn’t be given high profile games.

It wasn’t the only incident the ref “missed” or thought didn’t deserve punishment which, and which, when you watch it, is absolutely mind-blowing … and all to one club’s advantage.

Put aside that for the moment; even if this is a legitimate mistake and not of the “honest” variety we’ve come to know so well, it is so dreadful and outside of the acceptable standard that there really ought not to be any hiding place for Clancy.

Morelos gets another citation, and he’ll get another ban.

But Clancy will continue as if it never happened, as if he’s got no questions to answer, and he’ll be able to go on and influence other matches and make further dreadful decisions, all without consequence.

Referees get managers the sack all the time.

It is a travesty that none of them ever have to pay the price for the abysmal errors – if that’s what they are – which change the course of games, and even, on occasional title races.

It’s time for that to change.