Suttons Comments On Barkas Are Stupid. Does He Think They Do Celtic Any Good? 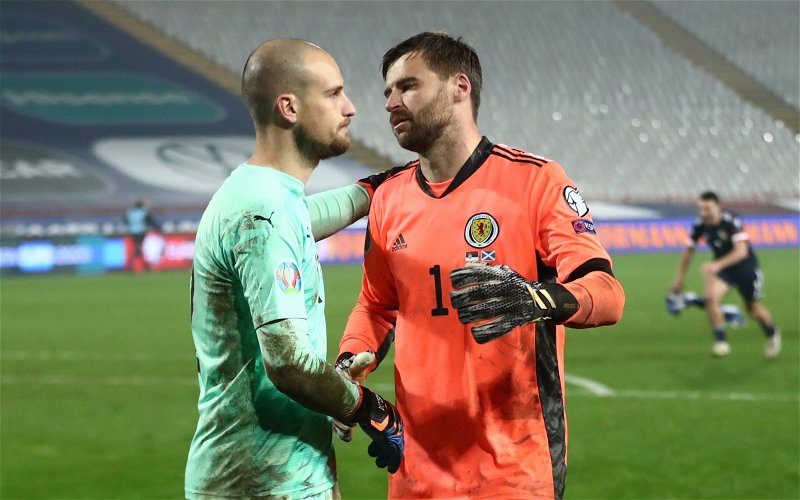 Chris Sutton does a lot of talking without thinking things through.

His latest comments, on Vasilis Barkas, are another case of him enjoying the sound of his own voice too much.

He thinks the keeper is a waste of money and that we should bring in someone new in this window.

He has also banged on again about Fraser Forster although that ship has well and truly sailed.

I am sick hearing about Forster. That guy is never coming back.

He was at Celtic and left. He came back on loan and turned down a chance to make it a permanent deal. He’s made his position perfectly clear; he’d rather risk warming the bench down at Southampton than come up to Celtic Park again as a first team pick.

Our goalkeeping situation has gotten more words devoted to it than just about any other position, but I don’t think I’ve read any quite as daft as Sutton’s today. He thinks we can do without another centre half and that we should prioritise the keeper instead.

We badly need a centre half.

Someone on loan, clearly, as Lennon can’t be allowed to spend any more money on the proposition that he might still be manager next season. But whether we do spend or not, the centre back is a priority and I think more than one. Sutton’s idea that we should ditch that to sign a goalkeeper is frankly mad.

He says we’ve already wasted the money on Barkas; I completely disagree.

But I do know that if we sign another keeper and ditch the Greek international that we will have.

Doesn’t he get that? The one chance we have of getting any value out of the deal is to support this guy and try and realise something from the deal. Otherwise we have pissed £5 million away.

On top of this, this is a player who’s confidence we’re trying to build; what possible good can Sutton’s comments do?

I sometimes think the likes of Sutton and Walker and those other guys have spent too long in England and forgotten what the climate is like up here.

That £5 million signing represented a massive outlay of cash for us.

We cannot simply write it off and pretend it never happened.

These people accuse of us mismanagement, and it is certainly true to some extent, but that would be real mismanagement, the sort that ends with clubs going bust.

More on that later, I assure you.