Another Unwanted Manager Rules Himself Out Of The Celtic Running. 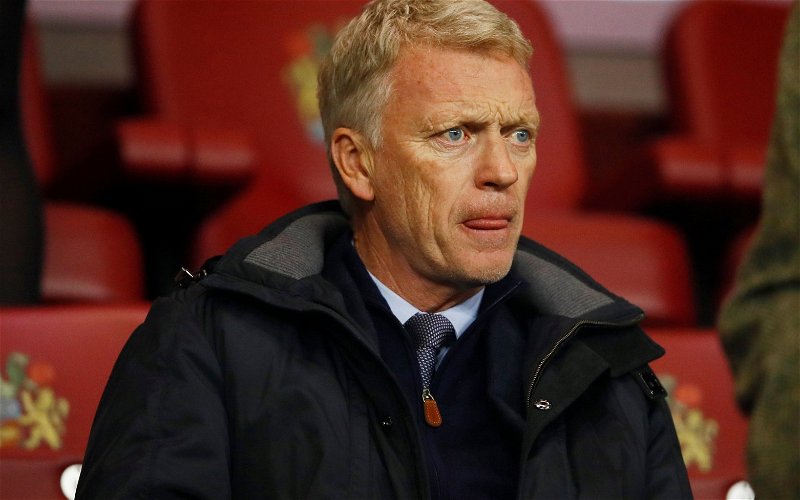 David Moyes last night took himself out of the running for the Celtic job.

What a surprise that is, although I’m 100% certain that nobody asked him in the first place. Moyes is “happy” at West Ham at the moment. He’s always happy when he’s got a job in England where there are no real expectations on him to actually win things.

Moyes has been linked with the Celtic job every time it has come up in the past decade or more.

He has been offered it twice if my understanding of things is correct, and he stalled and delayed with one ear ever cocked to the phone in case Wigan or Burnley or some other EPL struggler called first.

We’re nowhere in his thinking as long as there is the slightest sniff from a club in England. He believes, and he’s always believed, that he is too good for Scottish football.

Let’s face it, he’s no more or less impressive than some of the other managers, like Allardyce and Redknapp, who bounced from job to job down there without the least real achievement to their names.

Moyes is in that calibre; not great but he’s always able to find work.

He has always been an arrogant man, so it is no surprise at all to see him turn down a job nobody in their right mind would ever have offered him for the third time.

I mean this is the guy who, whilst he’s unemployed, appears to flirt with the idea … but also said once that he would have happily managed at Ibrox as well. Which, again, depends on the job at Hull being unavailable.

So that’s two declaring themselves out in two days, two we wouldn’t have wanted, two we’d never have approached, two ex-players … narrowing that field in a way that is quite satisfactory.

If it can be narrowed further by the likes of the sacked bigot Malky McKay saying no and a few others publicly dropping out, I’ll be well happy.