Celtic Should Stop Lennon Doing Press Conferences For His Good And Ours. 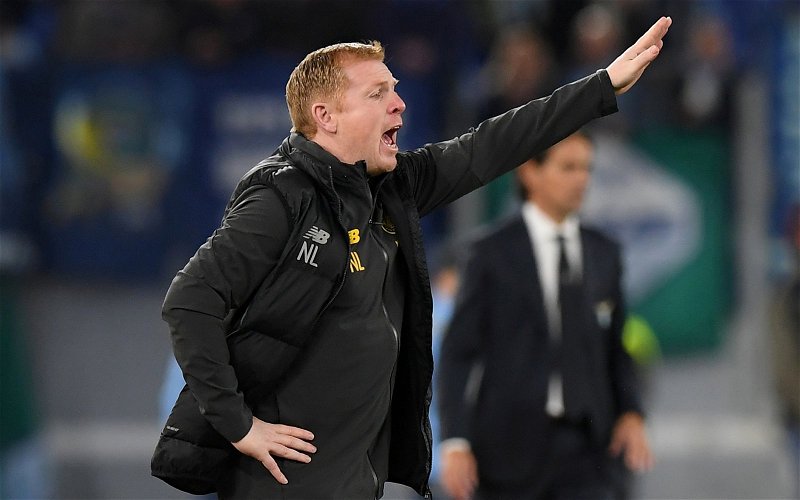 If one thing makes me have doubts about my belief that Lennon will be manager next season it’s the way in which his press conferences have recently morphed into something that is truly ghastly to behold. I find them almost unbearable now.

The latest briefings were truly extraordinary, and for all the wrong reasons.

First was his decision to continue fighting with The Scottish Government, which I wrote about the other day, then was his insistence that this season hasn’t been a disaster and finally is his broadside against the “confrontational” tone of the questions he is asked.

He did his best to frame this within the context of how managers are treated as whole, but I found it self-pitying and nonsensical. The media has a job to do just like him and part of that job is to ask questions which the fans themselves are unable to ask.

I like it when the media properly holds people to account. I see nothing in their treatment of Lennon or McInnes or anyone else this season which I consider excessive.

We’ve seen Lennon subjected to genuinely horrific press treatment and all of us were on his side.

Lennon thinks all the coverage he’s getting is somehow hateful.

He means us too, of course, the online community, but this ignores how we have defended Lennon when the commentary has taken a darker turn even within this sphere.

Last year, when a no-mark anonymous blogger published highly offensive personal allegations against Lennon I called him out on it and defended the manager to the hilt.

The point is, we know the difference and calling into question his management doesn’t come close to that.

Lennon should be embarrassed using this in his defence. It actually devalues his own very real struggles against genuinely savage treatment by the media. Phil Mac Giolla Bhain devoted a chapter of one his books to the subject. George Galloway wrote an entire book on it. We all know the difference. Neil Lennon knows the difference.

Some managers just don’t like to have their performance critiqued, it’s as simple as that, and Lennon is one of them. It is born of deep seated arrogance. His ranting against the press corps the other day was desperate stuff. It is also damaging to Lennon and Celtic.

To be honest, we lose credibility every day he is in the job. If we give credence to his bizarre suggestion that this season has been other than a disaster, we are inviting future managers to consider failure as perfectly acceptable. It is madness to pretend that his position is tenable; as you’ll well know, I think it’s a form of madness our board is willing to embrace.

Fans are insulted by that view.

It is the kind of statement only someone living in his own reality could put forward. Not only is Lennon deluded to believe it, but for me it shows the difference, again, between those who live inside football’s bubble and those funding it from the outside. Lennon’s comments are the self-absorbed nonsense of someone who’s made a living out of the game, which in no way reflects the experiences of those who pay to keep the gravy train running.

To expect tens of thousands of them to pay up again if the club supports him when he says stuff like that … it’s untenable. Season ticket renewal forms look as if they’ll be out before fans truly know if he’s staying or going. If he’s staying the club might as well not waste its time sending those forms to many folks. If he’s going they need to tell us who’s replacing him … nothing else is going to shift those tickets in big numbers, and the club ought to know it.

In the meantime, Lennon’s comments continue to be a drag on the morale of the supporters, and it is dangerous for Celtic to let that continue much longer.

Yet it seems evident to me that Lennon’s comments are just as dangerous to the manager himself, and could severely impact on his ability to find another club once his time at Celtic is up. Chairman elsewhere are simply not going to accept his conspiracy theories and blame tossing nor his propensity for picking fights and insulting fans.

Football is a ruthless business, run in the main by ruthless men who have no interest in self-pity, appeals to emotion or sentimental pap. They would take all this into consideration when making a decision about whether to employ him, and in my view he is harming his chances of satisfying the criteria most chairman at senior clubs would require.

What’s worse, for him, is that they will see Lennon’s behaviour here and think “but these are the fans he claims as his own people and this is the club he claims to love.” If he can do this here, think of what he might be prepared to do elsewhere.

I think whether Lennon is staying or not that the club should get him out of the firing line right now, because he’s hurting us and himself with this nonsense. His friends should be telling him similar, if he still has the sort of friends who are willing to tell him hard truths. He’s made it clear that he doesn’t care for their opinions either.