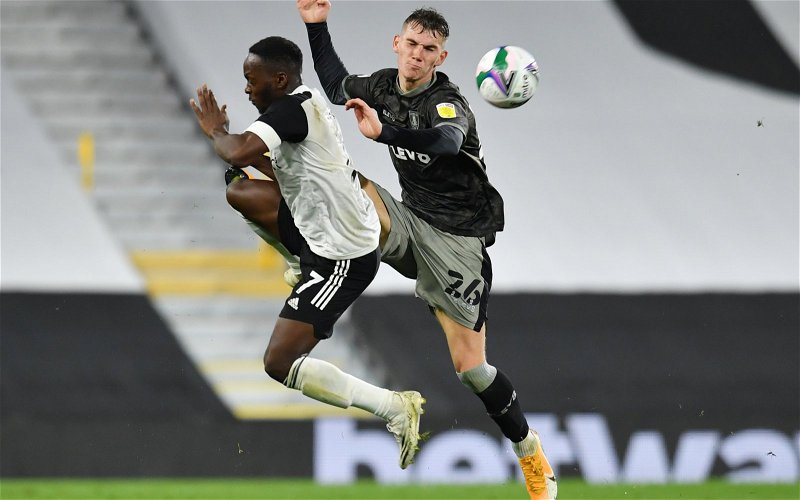 If you read my second article of the day, you’ll know it accused the club of lying to us over the so-called January review, that they had already decided to keep Lennon in the job, and that they might even hold on making pre-contract signings which had been in the offing because that would simply confirm the worst.

So tonight we completed one of those pre-contract deals.

The announcement was not made by Celtic but by a journalist south of the border; it’s Sheffield Wednesday’s Liam Shaw. He is 19. He has 15 appearances this season and 21 in his senior career.

Spookily – because I rather hoped we were past this kind of nonsense – he can play at both central midfield and in defence. It’s the sort of signing, therefore, that a board determined to fill as many positions with as few players as possible might like the idea of.

I am not knocking a kid who I’ve not even seen yet, but what can we infer from the completion of this deal? Is it a bad sign, or is that reading too much into it?

Well, it reinforces my view of Lawwell and his people as still running certain elements of the operation.

As loathe as I am for the rebuild to start too late to help us, I am even more dismayed at the idea that the current untitled director of football might run it and try to do it without bothering to run it by the current manager far less worry how it might affect a future one.

Let’s be realistic; if he was here, right now, would he get into the team?

So let’s try and ponder which of our first team players this kid with only a handful of games would take the place of. Scott Brown? Olivier Ntcham? Nir Bitton (God forbid) or Kris Ajer (no, no, please no.) In short, is this what we’d consider an adequate replacement for a member of the current first team? I think we all can see that this would come up way short.

So that’s a reason, perhaps, not to worry quite so much … it’s hard to imagine that Lennon personally would think this was an appropriate replacement for any of those guys. As signings to get fans to buy seasons ticket go, they’re going to have a do better … a lot better.

Nevertheless, it’s right to be concerned.

Who the Hell is making these decisions?

If it’s Lawwell then we should all be united in wanting to see the back of him as soon as possible. If it’s Lennon, then Lennon has the job and we better all start to reconcile ourselves to that.

All that’s happened tonight is we’ve done a piece of business which will inspire exactly nobody and will ask more questions than it answers.

By God, this board had better have something for us soon.