If Jim Goodwin Wants To Call Celtic Players Cheats He Should Name Them. 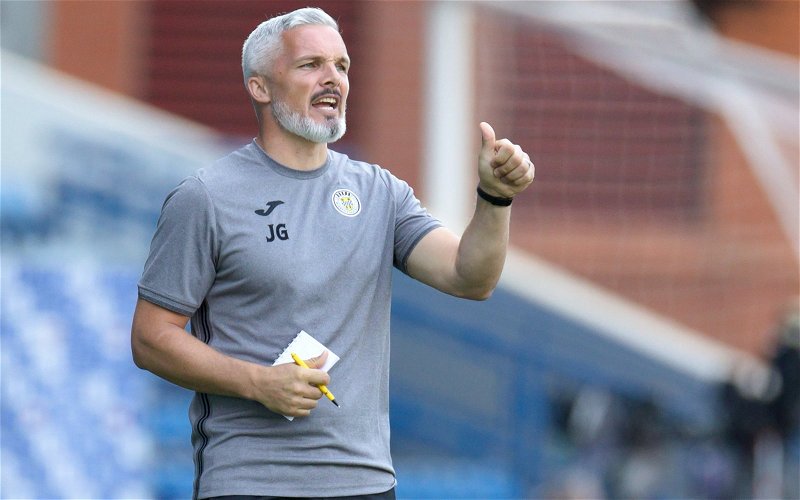 If you’re going to “name and shame” the very least you should be willing to do is name.

Otherwise, you’re the one who has no shame.

If you’re going to hint at people not being on the level, hiding behind plausible deniability, you are probably better off keeping your trap shut because you really don’t have anything to say.

I have a lot of respect for Jim Goodwin, but some of it went by the boards earlier this week with his briefing against our players in which he threw a lot of allegations but never directed them at any one specific person.

If he thinks one of our players, or more than one, cheats that’s his own business. If he’s going to appear in front of the press and say so then at the very least he should put himself on the line by telling us who he’s referring to.

It’s disconcerting, because Goodwin is not one of the people I associate this kind of stuff with; he’s normally a very level headed guy.

Here’s what I think; Goodwin had convinced himself that having beaten us at Celtic Park that his team would beat us away from home as well. He’s looking for an explanation for what happened, and he’s clinging to the penalty decision.

He thinks it turned the game.

And he’s right; it did. It put it beyond the reach of his team.

Until we got the second, his club was still in it. The truth is, though, that we were probably going to edge it anyway and I think arguing about the penalty is to deny reality; it wasn’t even a close decision.

Not even the media is analysing this one to see if it’s a dive; that’s how much of a stonewaller it was.

Nobody wants this one in front of the compliance officer, nobody it seems except for Goodwin himself and I suspect he’s not really asking for that either.

I am more disappointed in him than angry; he’s normally a very level headed manager.

But we can’t let people throw allegations at us like this, no matter how out of character.

I expect a robust response from Neil Lennon on this.