Welsh’s Injury News Is The Best Celtic Has Had For A While. 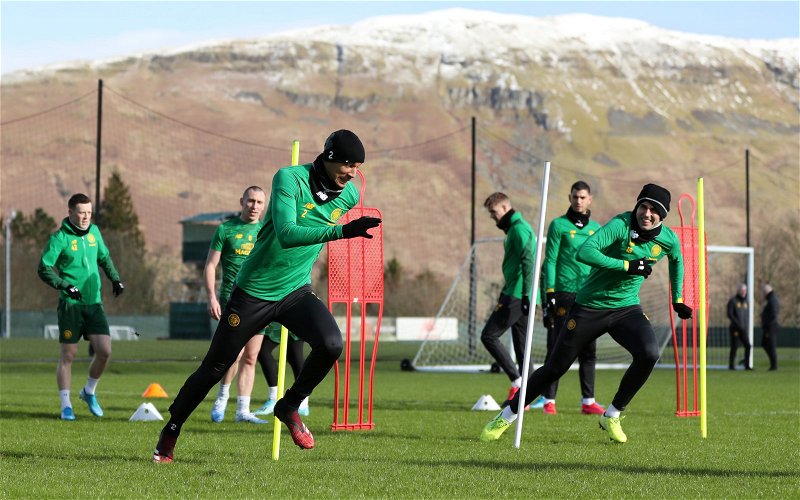 Celtic finally got some good news yesterday after so much bad stuff over the last few months.

Stephen Welsh’s injury – which looked bad on Wednesday night – is not as severe as we had first feared and he should be up and about and back in the team soon.

There are no fractures. No ligament damage. Indeed, reports suggest that he might be ready for tomorrow’s game although I’d be very surprised if we took a risk like that with him.

Welsh has been one of the good points of a truly abysmal season. He has looked a breath of fresh air from the moment he came into the team.

It was typical of Lennon to give this kid some early game time, see him impress and then fail to draft him into the side again until we had no other choice.

We’ve been shipping goals for months; he deserved his chance before now. Is it a coincidence that we’ve looked better at the back since he came in? I think not. It works wonders when you play players in their natural positions.

Welsh doesn’t have everything yet; indeed, he’s still pretty raw and he’s going to make mistakes. But the potential is there, and this kid can become a very significant player for us in the next few years.

I have no doubt that any new manager would want him in the squad.

It is especially pleasing that Welsh is a product of our own youth academy.

He is the first central defender to graduate in a long time, and follows in the footsteps of recent players like McManus and, of course, John Kennedy himself. McManus went on to be captain; there is little doubt that Kennedy would have done the same had fate not intervened.

Welsh has big shoes to fill there, but he has talent and this is the baptism of fire of them all.

To come in during this campaign in particular, and steady the ship? It’s a credit to his mental fortitude that he’s confident enough to do it and show no signs of fear.

I am pleased that this kid is okay, and I’m pleased we’re going to see him more of him in this campaign. Watching him come off the pitch the other night I feared the worst.

The news today is very welcome. It’s the best we’ve had in a while.