Smirking Egotist Lennon Has Burned His Last Bridges With The Celtic Support. 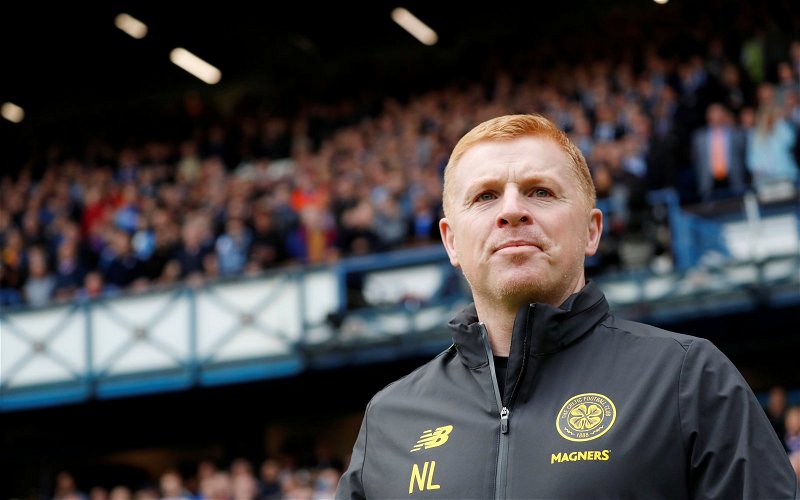 That, last night, that was the worst yet.

Not that match, which many of us half expected to be a car crash when we saw the line-up and that baffling tactical system which was completely all over the place, but the interview that followed the game.

The edited version that Sky put up this morning, it’s like a joke on the Celtic support.

It’s as if they know it was bad but don’t want us to see it in all its gory awfulness.

Because in the live version, Neil Lennon actually came to the camera laughing. Laughing and smirking, like a Kris Boyd clone. On the night we’d been beaten by the bottom team in the league.

Lennon knew he was about to face the cameras and the fans, and that’s the image he chose to present when he walked in front of them. The image of someone who purely and simply doesn’t give a shit. Indeed, why should he?

Having not been sacked already he probably considers himself to be unsackable, the first manager in our history who is.

The words that came out of his mouth were no less infuriating than the smirk on it.

Thought we deserved to win.

Thought, indeed, that it was a better performance than when we went there and won 5-0.

He offered a mealy mouthed apology to the supporters, then confirmed that he has no idea what went wrong or how to fix it … but is still arrogant enough to think he will get to lead the rebuilding job.

Let me tell you about the rebuilding job; it ends on 20 June.

If we’re not ready by that date we deserve all we’re going to get.

That’s when the first of the Champions League Second Round qualifiers kicks off and Celtic is now sleepwalking towards that disaster with this man still in the dugout.

But he’s lost the support of the fans.

In many ways, his relationship with the fans is now defined for all time … he will go down in history with the charlatans and disasters like Macari and Barnes and not because of his performance in the dugout, which is bad enough, but for his conduct as the ship goes down, the worst of any of them save perhaps for Rodgers and the way he chose to go.

Not even time will fix this now. There was always a danger for him here, that in his holding out for whatever he’s waiting for that he would do irreparable harm to his reputation as a result, and last night he’s finished it off.

Not that he cares.

I bet he’s laughing right now, laughing all the way to the bank, with Celtic’s money, which is to say your money, my money, our money.