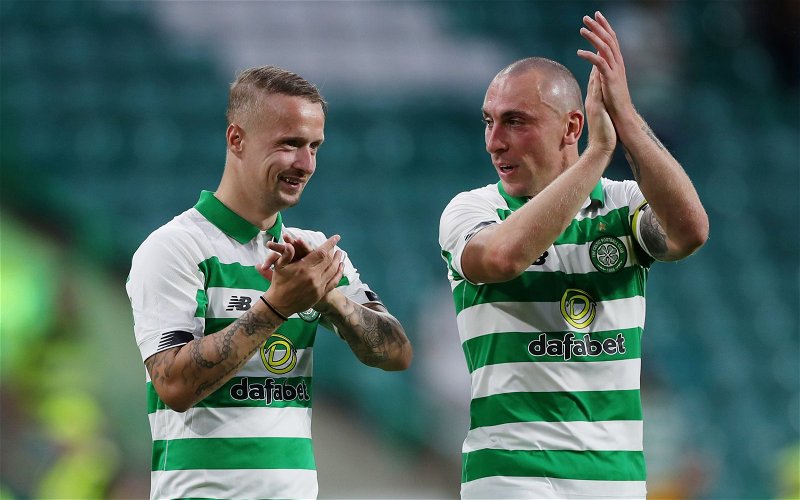 Today’s gathering of goons at Ibrox is the precursor to what is already looming as a nearly unbearable week.

Unbearable, that is, if you’re going to pay a blind bit of attention to what is going on across the city, and all the hubristic chatter.

Today I covered it because I had to, and if there is a Scottish Government or Police Scotland response I’ll obviously cover that as well, but the rest of it I’m not even going to touch.

We’re getting what we expect from the media.

Peter Lawwell and the board should take a bow, because this is on them for a series of disastrous decisions and strategic calamities. This is the legacy he and others will depart with; the sounds of the Ibrox mob ringing in their ears.

That is what they deserve.

That starts tomorrow, with our own club’s preparations for the game.

We need to win and to do so in a convincing fashion.

We cannot allow them to roll into town having already won the title.

Then all the focus has to go on the Parkhead game, and we need to win that as well.

It will delay things a week or two, that’s all. Nobody is under any illusions about doing much more than that. But still, it has to be done, for the sake of pride and so that we don’t fully surrender this on our knees.

But we cannot just give it away.

This has been a wretched season.

Watching our team shut them up, even for a week, and stamp all over their pretensions and their egos, even if for just one day, would be a little moment of sunshine … and it would give the whole club a shot of adrenaline for the coming Scottish Cup campaign, which I stress again simply has to end in victory for Celtic.

The arrogance of egotism pouring out of Ibrox right now is every bit as abysmal and appalling as I knew it was going to be … that and the blind eye being turned to it by the police and the Scottish Government and which I’ve written about three times today.

I want our club to rise above this shocker of a season and silence these Peepul.