Celtic Must Avoid The Flawed Judgements Of Those Stuck In The Footballing Past. 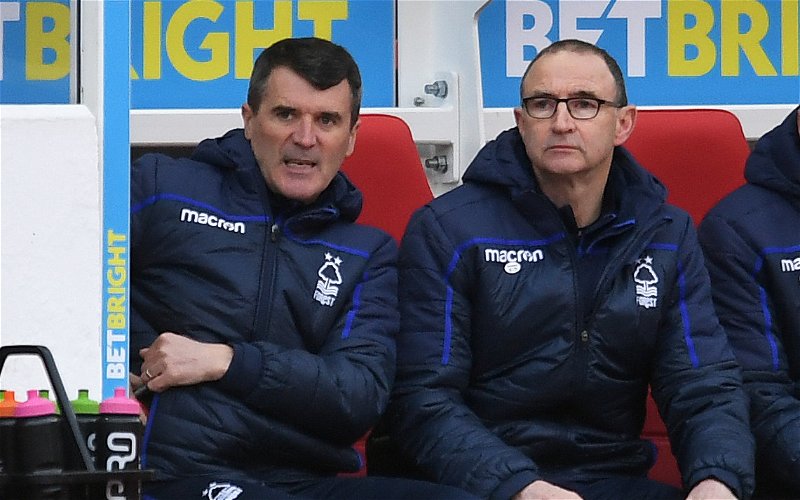 It was interesting, today, to read the words of Martin O’Neill last night, a man who Celtic is allegedly consulting with over the next man to sit in the manager’s office.

As much as I love the man, his comments are profoundly troubling if these reports are true.

When you look at it from a certain perspective, Celtic could not be talking to a better person about this stuff. Martin comes with the highest possible pedigree; a treble winning Celtic manager who didn’t screw us over.

A man who got us to a European final.

His opinion is certainly to be respected; there is no doubt about that at all. If you’re not going to listen to a man like this, who are you going to listen to? But that doesn’t mean that his ideas are going to be good ones. It’s not that they might be bad, it’s just that might be outdated, in much the same way as his own managerial philosophy is outdated.

Martin O’Neill is one of the great managers of the post-Clough generation, those guys who grew into the business taking on board every lesson the great man ever bestowed on the game.

Indeed, the two have similar managerial career paths, starting out in the lower reaches, working their way up, learning the trade bit by bit and finally excelling at provincial clubs.

Martin managed a bigger club than Clough ever did; they have one European Cup more than us, but it remains a fact nonetheless. Clough never reached the heights O’Neill did, although he took two of his clubs above and beyond what they’d otherwise have been.

But Clough couldn’t do, now, what he did then. Football has changed too much.

Management has changed too much.

Players earn way more than their bosses do; that’s the first thing. Dressing rooms are filled with multi-millionaires now, and a good manager needs more tools in his box than ever before. The great, rousing speeches are no longer enough. A man can’t survive in that environment by force of personality or the strength of his name anymore.

Once upon a time, rule by fear was a technique with the ability to mould boys into men and thus build football teams; now that attitude breeds resentment and contempt from professional athletes who view that stuff as a throwback to another time.

Martin O’Neill knows he’s no longer got the stuff to do day-to-day management at a club like Celtic; I think we should all be grateful that he does, because God knows it’s the kind of crazy appointment that our directors might otherwise have considered.

Reports suggest that we asked him to do it on an interim basis for the rest of this campaign and he said no … thank you for that Martin, because it would have been the wrong move for all concerned as it would have created the possibility of a Lennon Mk II mistake.

His suggestion as to who the next manager should be is profoundly scary though; he has spoken glowingly of Roy Keane, a manager who was old school even when he was last in the dugout a decade ago.

Martin is well intentioned, and he doubtless believes that Keane, as a motivator like he was, could be the right guy to turn us around … but this isn’t what’s required, and however well he means we should be wary of listening to this kind of endorsement.

There is a misconception that the next manager has to be some kind of “wow” appointment, someone who comes with a famous name and a big rep … Celtic fans want a builder, a tactician, somebody with a proven record of making teams better, someone grounded in all the modern concepts which define the game in the present age.

This is what counts for us, not bling. Keane is a box office name, but nothing in his history thus far suggests that he’s all that great a manager. Martin is promoting a guy he knows and respects; that’s allowed. But if our club is leaning on him for recommendations we’re getting bad advice.

We need to be careful with who we listen to. We’re going to be surrounded by well-intentioned folk putting forward their suggestions, and some of them are going to be people we respect and admire.

Even the smartest folk in this business can be blind-sided; it was Alex Ferguson who famously (or perhaps infamously) recommended David Moyes for the Old Trafford job, don’t forget … and he had nothing but the club’s best interests at heart.

But some of these guys are stuck in the past.

That’s the last place we can afford to be marooned.