One Of Europe’s Top Managers Fancies The Celtic Job. What’s Our Level Of Ambition? 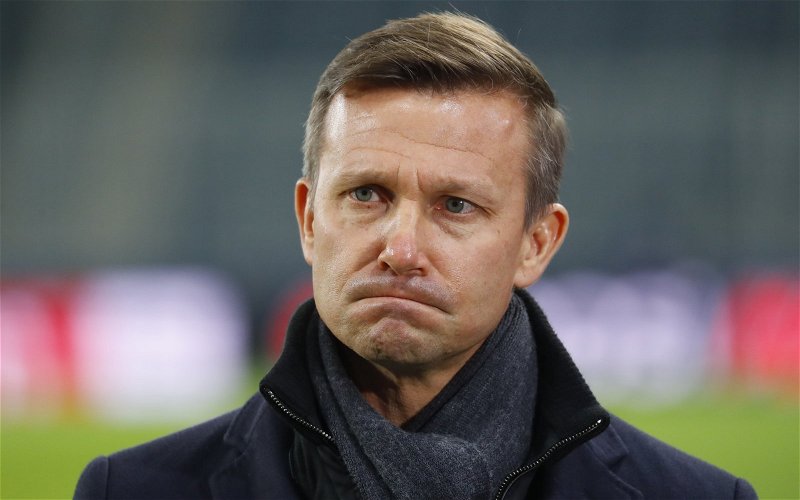 When you survey the names of those managers with whom we are frequently linked, there isn’t a lot to get the blood pumping.

There might be the odd candidate who the media thinks would be “box office” but our hacks are probably the stupidest people in all of football.

Today, the press is awash with stories about one of the real leading lights; Jesse Marsch, of RB Salzburg, who has given a clear hint that he would be very interesting in coming to Parkhead.

This should surely, once and for all, end all this nonsense about the job not being big enough to attract a top drawer name, as he surely is.

The real question is, what does our board have the balls and ambition for?

We know that guys like this would come to Celtic Park; do we have the level of intent, the desire, the hunger, to be more than we presently are?

Do we have the will to bring someone like this to the club anymore, or are we destined to end up with some two bob candidate with an Irish name?

People at Celtic Park should be well into the hunt by now; that doesn’t mean that if a truly outstanding candidate comes forward – and this guy ticks all those boxes and then some – that we shouldn’t push the boat out to bring him in.

Almost all of the candidates the media has named so far have their issues, and you would be hard pressed to find one of them who the support would overwhelmingly favour.

Even the likes of Eddie Howe have their doubters.

I’ve even read criticisms of Martinez and Benitez, which is insane.

But a guy like this, you wouldn’t even have to sell it.

This guy is the real deal. His team plays blinding football. They are superb to watch.

He can obviously spot a player.

There is little doubt that even those fans who knew little about him would warm to him and get onside. This would be the appointment to guarantee season ticket sales and convince people that this club meant business again.

The question is; do we mean business? If we did we’d open talks and see if there’s a deal to be done here … and let’s be honest, there probably is. But how much do we want it?