One Of My “Big Three” Names Wants The Celtic Job. He Deserves Consideration. 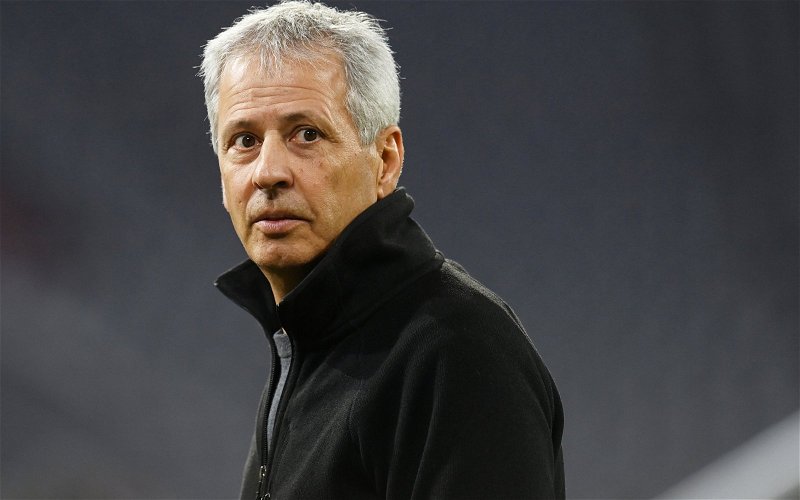 A few months back, before Lennon was fired, I wrote a piece about who my “big three” targets would have been for the manager’s job.

I didn’t say they were who my dream targets were, because I’d left the piece – which would have been called A Blanc Sheet Of Paper – too long and Laurent Blanc had already taken a job.

The “dream candidate” I identified was Philip Cocu, who is still available and would still represent the best overall piece of business we could do, in spite of his time at Derby.

Martinez and Maloney are the apex of the world in which we find ourselves shopping, but Cocu is available now and more than Howe and Wilder and of those guys, his record is stellar.

But aside from Cocu and Blanc, that piece named a third manager; today he’s in the papers declaring an interest in the job. Lucien Favre would like it. He has been out of work since his Dortmund contract was cut short.

He is a superb candidate.

His career “achievements” list might seem modest; he has a couple of Swiss titles (at two different clubs though, which is a stellar record anywhere), a Swiss Cup and a couple of promotions at smaller sides. But he’s managed three different Bundesliga clubs and Nice in France as well. His knowledge of the game in Europe is first rate.

He is a more than deserving option. He ought to be interviewed at the very least, because this is the right calibre of man for the role. He has interest from various clubs, including Lyon and, of course, in Germany.

Everyone on the continent respects him enormously.

The least Celtic can, and should, do is give the guy the courtesy of a call.

I think he would blow the doors of the building. Get him talking about his style of play alone and that would be enough to excite most supporters, and even the directors would be intrigued.

This is a serious, and credible, individual … a man who should have been at the very top of our list of possibles, right from the start. Now that he’s said he’d be up for it we should bring him in for a chat unless there is literally ink drying on a deal.

And even then, depending on who the deal is with, we should consider “losing the contract” down the back of a seat on Dermot’s private plane.