Our Best On Loan Star Sounds Like A Man Who Wants Another Chance At Celtic. 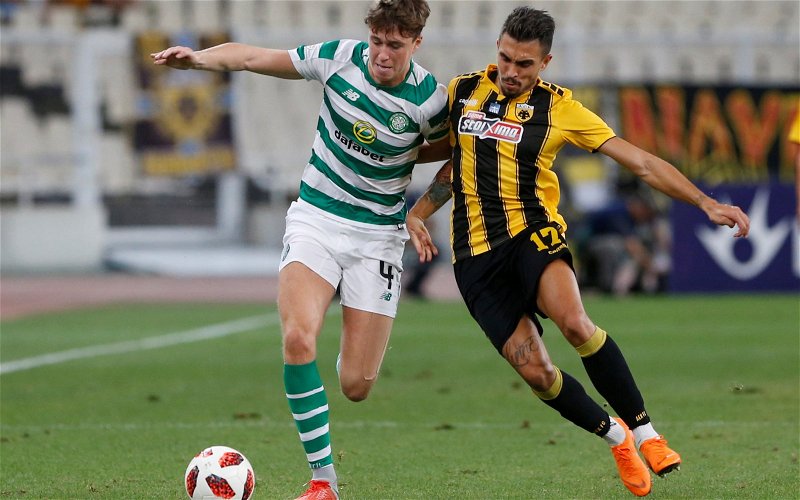 Jack Hendry has given an interview in which he has expressed his clear frustration at not being selected for Celtic under Neil Lennon, and in doing so has pretty much confirmed that he is open to a return to the club at the end of the campaign and a fresh start under a new boss.

We are desperately short at the back and he’s a different player than the one who was sat on our bench for months on end, and a vastly different one from the hesitant, almost frightened footballer who signed for us and then only played a handful of games, in some of which looking like a fish out of water.

Our defence is a mess.

We’re facing a summer where we lose Kris Ajer and Shane Duffy, and although the loss of the Irishman might not seem like a critical event it leaves us shockingly short at the back, and that’s a problem that will be expensive to fix.

How good would it be if we had a ready-made replacement for Duffy?

Can Hendry be much worse?

His experiences in Belgium suggest he’s a player who will definitely offer us something, which is more than our expensive loanee has so far.

Hendry’s frustration seems mostly to be centred around Lennon; the departure of the manager is clearly being seen as an opportunity by the player, and that’s all to the good.

He may not be the only one who re-evaluates his position based on the Lennon’s departure.

I’ll be blunt though; when Hendry was last at Celtic there really wasn’t much to credit giving him an extended run. He did look a little awed by the size of the club and by the role he was being asked to play, and he needed, badly, to go out and build his confidence elsewhere.

So whilst he has a point that Lennon could have kept him around and used him, he was far from being first team ready at the time and nobody could have foreseen the defensive crises that struck us, one after the other, in the course of this campaign.

One person has benefited from Hendry not being at the club; Stephen Welsh.

We will be glad for that in years to come, but I’m interested, right now, in seeing if they can play together and how well they might do. They can’t be the first and second choice picks … but it’s beginning to look as if they will, at the very least, be part of the plan.