The Choice Facing Celtic Is Clear: Cower In The Corner Or Come Out Swinging. 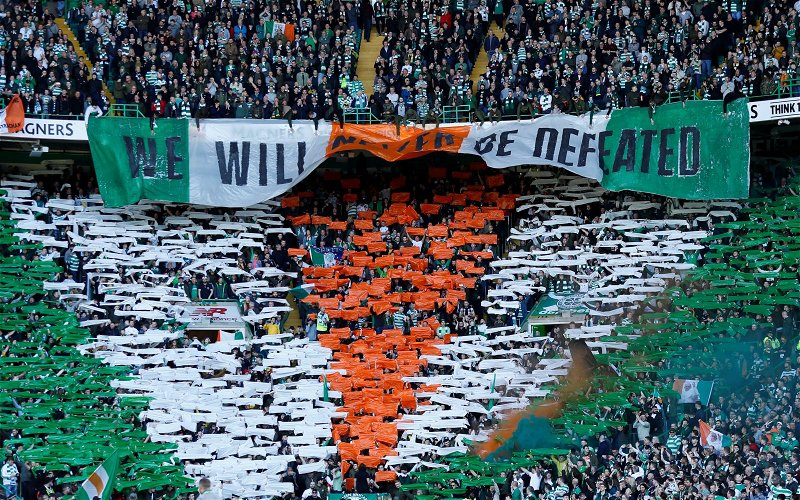 Thinking back on my child-hood, I can recall with perfectly clarity the first truly defining moment I ever had.

I took a lot of crap when I was a kid, up to the day I just decided not to.

It wasn’t a decision I actually thought about; it just sort of happened.

There was a guy around the same age as me, and he used to give me little digs every chance he got.

One day he decided to take the digs to the point of a full-on humiliation. I didn’t know I was going to hit him until I did.

I’ve never forgotten that look that came over his face, that expression that said “Wait a minute, that wasn’t supposed to happen.”

I liked that look a hell of a lot better than feeling miserable.

So I hit him again, this time with intent behind it.

And then again, and that time it had force behind it too.

I never backed down from that point onward. I still got attitude from people from time to time, but from that day on, whatever other people dished out they got back.

Because sometimes those are your choices; to get comfortable and cosy and properly acquainted with humiliation and pain, or to come out swinging with everything you’ve got.

I grew up in Glasgow, of course, and an upbringing here is one where if you take shit and accept it you are setting yourself up for a life of accepting it.

For all my life since my youth I have hated bullies, remembering what I went through before I found out that when you hit them back it takes all the wind out of their sails.

I deplore the kinds of people who define their existence by how much the world around them suffers at their hands; you see these folk everywhere, and I bristle whenever I’m near them.

I often can’t understand why some people – and not just people, institutions too, which is the point – allow themselves to be pushed around and messed about, although I know there are a variety of reasons why some tolerate things which others wouldn’t.

I don’t know why our club permits it, but I know those in charge of it have often allowed us to be messed about and taken for mugs.

We’ve never exercised our considerable influence for the greater good.

Never stood up to vested interests.

Less and less we are willing to fight our own corner, so I am not surprised that we don’t put up any sort of struggle on behalf of the rest of the game.

When did we become so scared of the battle?

When did we cease to be a club that strove not only to be better but to make the rest of the game better too?

Take the Survival Lie; right now the Ibrox club is promoting the 55th title; everyone at Celtic Park knows that to be an utter falsehood, but there is nobody at the club with the balls to say that out loud.

We have allowed the new club at Ibrox to behave exactly the way the old one did; are we surprised that they’ve taken advantage of our traditional, and historic, failure to build from a position of strength to overhaul us?

We’re here because we’ve been weak.

How much longer are we going to stay that way?

My God, five years ago, they were on the floor looking up at us and we had our foot on their throat. It was as if we were willing to go just so far and no further, willing to wound but not to kill.

It was Niccolo Machiavelli who said that “If an injury has to be done to a man it should be so severe that his vengeance need not be feared.” He was cautioning against mercy and half measures.

He was saying that you if you’re going to hit somebody you do it so they can’t get up … you finish what you start, or get used to looking over your shoulder.

When I hit that first guy, way back when, the third blow was hardly necessary; I wasn’t even sure, at the time, that the second one was. I could have walked away there and then.

But I know now that there would have a day when I’d have regretted it.

What I remember is thinking that others were watching and the third was for them as much as it was for him, and so was the fourth and those after that.

We are viewed by many right now as a club on its knees. I actually think this image is grossly at odds with the reality; we’re much stronger than we seem.

For all that, though, it is vitally important that we don’t do anything which gives the impression that we’d rather be hiding in the corner.

There has never been a more important time for a show of force and a demonstration of strength.

Because our choices are to come out swinging or get comfortable in that corner, to get cosy with the idea of being second best … and second best to Peepul who last night should have taught us will never, ever get sick of rubbing our faces in it.

How long we listen to their gloating, their boasting, their lording it up and over us is the only question we have to ask ourselves.

Because I learned something long ago; when you get sick enough of it to do something about it these sort of goons feel the confidence drain out of them like piss down a trouser leg.

We’ve lost one fight, but we didn’t spend the last ten years on top by sheer luck … when we come out swinging, boy oh boy … watch out Peepul, cause we’re gonna knock you all over the yard.