What In God’s Name Is McAvennie’s Latest Dig At The Celtic Players All About? 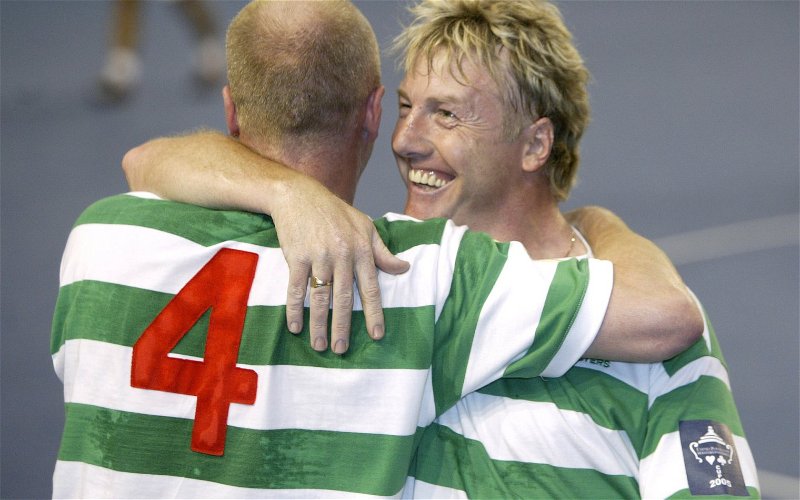 Frank McAvennie is an absolute moron.

Has this guy ever written a constructive thing about Celtic?

Has he ever had a good word to say about us?

His interviews and articles for the dire website as you find the idiotic Kieran Maguire are so out of touch with the realities at Celtic that you wonder that there’s a single person reading this stuff.

Unfortunately, I have to or I promise you this, I’d ignore this guy completely.

His latest rant is about Ajeti and Klimala have let down Jonjoe Kenny.

This bizarre nonsense is relating to the number of crosses he puts into the box, and how those two have yet to get on the end of any of them. He also moans that the strikers at a certain other club would be putting them away.

He’s not watched much of those players lately I’d assume.

He’s not watching much of Kenny either, because I can only remember a handful of decent balls into the box and not only are they few and far between but so too are the games that Klimala and Ajeti have played, so he’s literally moaning about nothing.

The relentless negativity of this guy and other ex-players right now is ridiculous.

I wrote about this yesterday; the number of them who are slandering our current players is shocking and there’s no excuse for some of it. McAvennie has now resorted to inventing stuff to be unhappy about in order to get his latest two-bobs worth in.

Klimala has played one game alongside Kenny. One.

Ajeti has been in and out of the team so much that forming any kind of opinion on him is for the birds. We’re not going to see the best of these guys until both have had extended runs in the starting eleven.

It must be so easy for these ex-pros to sit and snipe from the side-lines right now. No wonder people within the game can’t stand the media and especially the ex-players in it who make their living going after those still playing.

No wonder Lennon publicly lashed out at these people.

I am surprised that more people at Celtic don’t … or maybe they think clowns like McAvennie aren’t worth the time or effort.

Hell, if it wasn’t the job I’d be inclined to agree.