Celtic Has Broken The Myth Of The Ibrox Club Being Miles In Front Of Us. 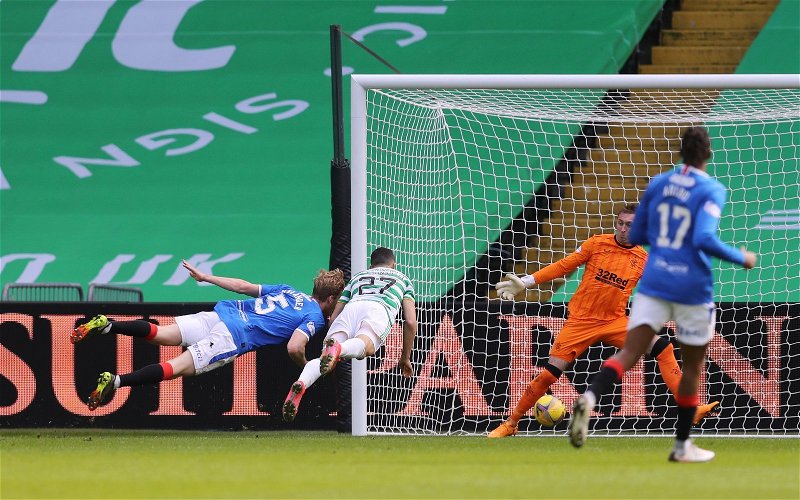 One of the great truisms in football is that the league table never lies.

It’s a fact. Any club which wins a title wins it because over the course of a long campaign they have proven themselves the best in the land. It’s just beyond dispute. The league table never lies.

But it has been known to exaggerate from time to time.

The idea that we’ve regressed as much as that is not sustainable under examination.

We have gone backwards, yes, but not to that extent.

Anyone who thinks there is a massive “gap” really isn’t playing with a full deck.

Lennon is right about one thing; this has been a season of exceptional circumstances, and all of them have played into the outcome. Change the equation, and thinks will look different.

The first big changes at Celtic are already underway. More are coming.

By the time next season starts we’ll be refreshed and renewed.

Let’s not forget where we are right now.

This club is in a dire and awful place. Yet the last twice we came up against the Ibrox club we played them off the park both times. Even in crisis, we’ve proved that going toe to toe we’re the better team.

American football has been termed “a game of inches” but in its own way football is too, if what you mean is that sometimes there are fine margins. We didn’t win either of those games; we lost the first and drew the second.

But the first we lost to a set piece and deflected own goal … they didn’t generate a shot on target in 90 minutes.

Yesterday we threw the points away ourselves with an abysmal piece of defending a failure to take our chances and kill the game.

We’ve been a shambles for months. Is it fair to say that a better organised and more motivated Celtic team would have been that inch or two better than the outcome? Not in the slightest.

It seems to me to be perfectly logical. This Ibrox team is not as good as they think they are.

Even in deep crisis, we have pushed them hard twice in a row now.

When they avoided hammerings against us, when they took points from us for the first time in yonks, all the talk was of a trend, how things were moving in one direction.

We’ve gone from losing against them when we didn’t have a sniff to losing although we didn’t give them a sniff and next to drawing only because we couldn’t get our stuff together defensively.

That’s a trend as well.

We might not have won these games but we have shattered the myth that they are miles in front of us, that they only need to show up on these days to casually swat us aside.

They wanted to, you best believe that, but even with this lousy coaching and the dreadful tactical setup we have we have still outplayed them two games running.

Anyone at Ibrox who tells you they want us in the Scottish Cup is a liar.

I would give us 50/50 in a one off game like that … and considering the season we’ve had, that’s a minor miracle.