Did Celtic Really Miss Out On A New Magnificent Seven? 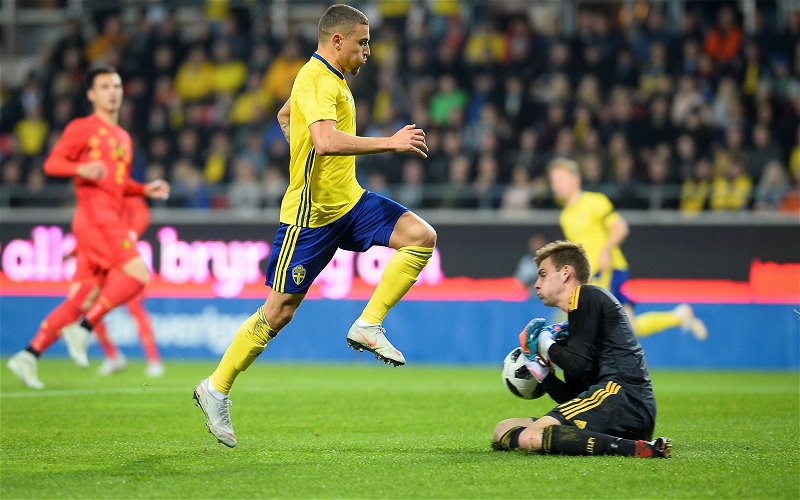 Some of the Celtic sites are hyping a Larsson moment today.

But it was not a Henrik Larsson moment of old; it’s a piece of sublime skill from another Larsson.

The son of the King, Jordan Larsson, who is now plying his footballing trade in Russia and doing just fine.

The question people are asking is this; did we miss out on another Magnificent Seven?

Here’s the thing; Jordan Larsson is a far better footballer than most of us were aware.

He is already a full international for Sweden and at his age it’s clear that he’s getting better with time.

He has blossomed. At that point he hadn’t.

Would I take him now?

Well if we’re selling Eddie he’s one we should be watching. He has moved to a higher profile league than he was in and proved that he can level up … that’s the mark of quality.

That means he’s one off the pace at the top of the scoring charts there. He has clearly improved dramatically from his first campaign in Russia. He will improve further.

At 23 he’s just coming into his own as a footballer.

There is much more to come from him.

The danger would be to spend money on him and except to have signed his dad.

This is a risk, always, with stepping into a great man’s shoes, especially if you carry the great man’s name.

History is replete with examples of the weight of expectation crushing people who have the guts to try and do that.

I would understand if he was reluctant to do it.

I don’t think we’ve necessarily missed out on a new Magnificent Seven.

As good as Larsson clearly is, he’s got a long way to go to reach even close to his father’s standards, but he is a damned good player and someone who’s now worth watching if his value hasn’t already skyrocketed into the stratosphere.

Would interest from Celtic turn his head?

It may well be that this is something we want to find out in the fullness of time.