All This Ivan Toney Self Mortification Is A Waste Of The Celtic Fans Time. 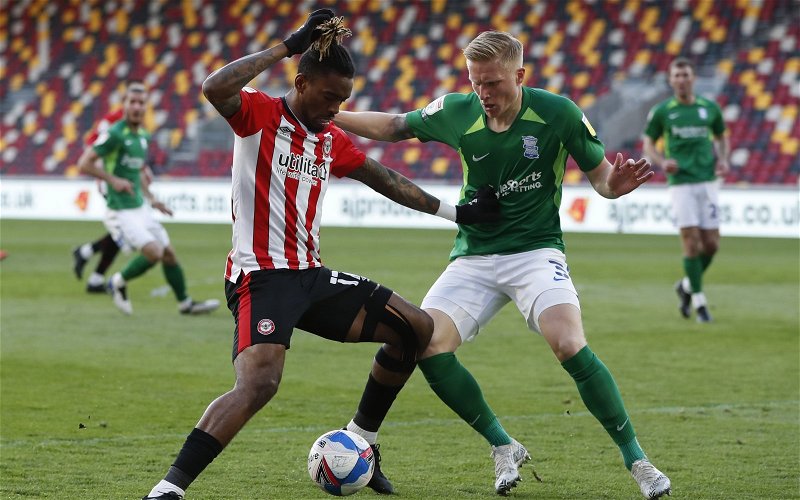 Ivan Toney is in the news again, and you know what? I’m sick of hearing the guy’s name, just as I’m sick of people bringing up John McGinn every time he turns in a good 90 minutes. Why do we do this to ourselves?

These guys got away from us.

They never played for a minute in Celtic shirts. I am more worried about the guys currently at the club.

Toney went to Brentford for £5million plus an extra £5 million in add-ons.

We weren’t going to pay that for a League One player, not unless we were absolutely sure he was the real deal.

It’s an absurd sum of money for a footballer from England’s third tier, and that Brentford were willing and able to pay it shows the ridiculous disparity between what they can afford and what we can.

Yet we beat ourselves up over this.

I see no point to it at all. Paying money like that for someone who hasn’t proved a thing in the game is just ridiculous.

Yes, for Brentford this one has paid off, but English football is full of players who commanded enormous fees and didn’t remotely justify them.

We may have squandered £6 million on Ajeti; the jury is out on that until next season, but I understood why we did it. He was a player who’s played in a title winning team in a top flight and with both Champions League and Premiership experience.

He cost less than Toney will end up costing Brentford, and his record stood up to closer scrutiny.

You just don’t know how it would have gone, and I defy anyone to say for a fact that we’d have won the league or had a better campaign had we paid such a fee for this guy.

Yes, he’s doing well enough at Brentford, but put him in this Celtic side, under the pressure our players have had to live with all season, and amidst the mess behind the scenes, and there are no guarantees.

It would have been a punt. An expensive punt.

It’s time we stopped beating ourselves up over it and obsessing over what might have been, because you know what?

It’s like me crying the blues over never getting to date Sophie Turner; that isn’t a “might have been” it’s an “it was never going to happen” and there’s not any point to worrying about it once you realise that.

Ivan Toney at £10 million, from a League One team? It was never going to happen.

When you say it out loud you realise that this is much ado about nothing.

He’s a decent player, but we’ve lost out on them before. We were closer, once upon a time, to the actual signing of Olivier Giroud, and we had got to the point of agreeing a fee with his club.

Why don’t we stress over that, a genuine “one that got away” instead of on crap like this? It would be just as daft, just as big a waste of time, but it would be grounded in something approaching reality.

This is hammering at ourselves over nothing.