Another Player Gets Set To Leave Parkhead As Our Leaderless Dismantling Continues. 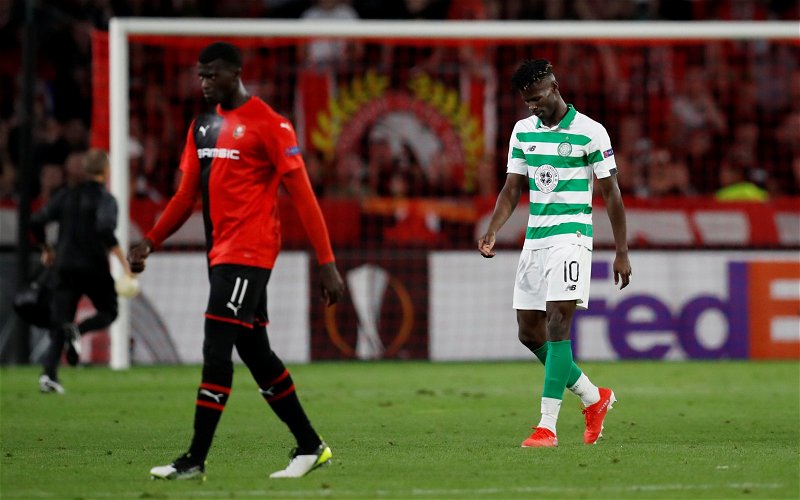 The leaderless dismantling continues with the news that Vakoun Bayo is set to leave the club, with a permanent move to Tunisian side Esperance being touted in the media.

He is on loan right now at Toulouse, who have an option to buy him, but they don’t seem likely to do so and that has allowed the African club to step in and enquire about him.

We’re certain to let this guy go, especially having let Klimala go who seemed a lot closer to a place where was going to be a first team player next season than the Ivorian.

Bayo is one of the most poorly treated players in our recent history, but it’s pretty clear that he was brought to the club without the say-so of Brendan Rodgers.

His signing was another ridiculous example of how someone at the club thought he knew better than the manager what the manager needed.

This is the same thing, but in a different way.

With no manager in the building his options are being reduced, one at a time, by those who are.

The new man should have been able to scrutinise the playing squad before these sort of decisions were made, but that choice has been taken out of his hands.

The club is being decimated with nobody in a position to stop it.

There are rumours that we’re also scrambling around trying to sign players; I would hate to think that those stories were true, although the rebuilding job is clearly massive and can’t wait for much longer.

But there’s no question that this should be the manager’s call, or what exactly have we learned from the signings of these players, who have barely played for us?

Our transfer policies are lop-sided.

The way we do things is crazy.

This is the system that we have to change, because unless we do we’re just making trouble for ourselves in the future.

I don’t like that this is being done without the next boss being part of the process, but it’s already clear that the last few years at Celtic Park are being wiped away.

Wherever we’re going next, it’s a fresh start.

As frustrating as it is right now, and as angry as a lot of it makes me, there is something … exciting about this.

It’s a clearing of the decks, and a whole new club is going to need to be assembled on what’s left.