Celtic Approaching Mourinho Would Clearly Be Terrible News At This Stage. 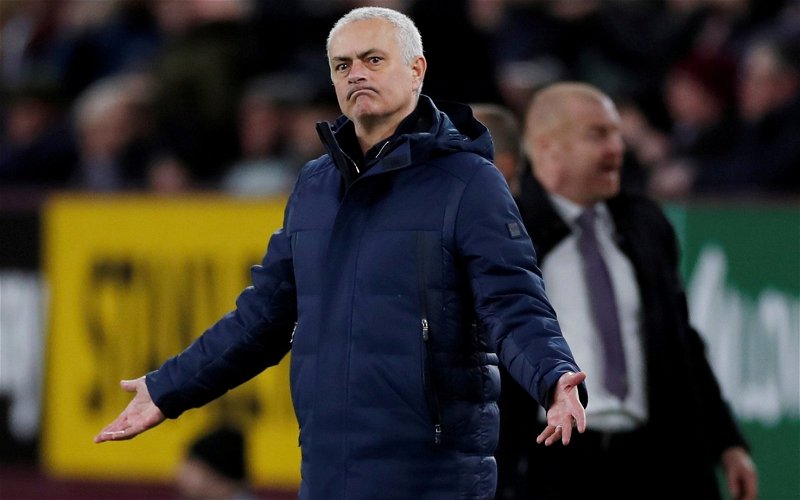 Let me say right from the off that I don’t believe that we’ve approached Mourinho or reached out to Mourinho or anything else that would qualify as opening talks whether it be words on the QT with his agents or third parties or sending smoke signals from Parkhead’s proverbial chimney.

I don’t believe it because it wouldn’t be good news, even if we got him on the phone.

In fact, it would be the worst possible news. It would be like broadcasting the abandon ship order; “we’re going down ladies and gentleman, it’s been a pleasure sailing with you.”

There are a lot of sites and outlets whose determination to hoover up hits makes them write the worst nonsense. Mourinho and Celtic is a great story, and some have had a field day with it, but let’s get real for a moment and admit that it’s not connected to reality.

There was a time when I might have believed it; he was out of work when Rodgers left and the idea that we might go from one towering managerial talent to another wasn’t entirely far-fetched but it is now.

We are not going to take an expensive punt on a shoot-for-the-moon appointment.

I could go over the reasons it won’t happen, everything from what he would cost to his record in not staying long at clubs to his abrasive attitude which burns things down as quickly as he builds them up and on and on. The truth is, that would be to lend credence to a discussion that there’s no sense in even having. Its’s fantasy land, and we all know it is.

At this stage, if we were reaching out to million to one shot options like this, I wouldn’t feel inspired as much as I’d feel petrified. I’d wonder when all the realistic options fell by the boards? Is this the deadly scenario I outlined last night when I said the real risk is that if Howe says no that we panic and in our desperation start offering it to everyone out of work?

I don’t really believe that there’s any truth to this, as I said, but the nagging fear at the back of mind cannot be shut down just because I don’t want to think about it.

What if things behind the scenes really are like something from a disaster movie, with people running to and fro screaming that we’re all doomed?

What if Howe has said no, Keane is making impossible demands and we’re now working our way down a list of increasingly bad names, and then along comes Mourinho and someone says “Oh we might as well try …”

Far-fetched? Of course it is. But this is the problem with leaving things to fester like this.

This is the problem when everything is up in the air and information is hard to come by.

The old political adage is that if you don’t feed the beast the beast feeds on you; in other words, you give the media something to occupy it or it finds ways to amuse itself.

That’s even truer with new media than it was with the mainstream version.

If there isn’t a steady stream of actual information the guys in the rumour factory switch on the machines and crank the engines up to full. That’s where we are right now, where a guy like this can lose his job and find himself suddenly catapulted onto the list of favourites with the bookies, and people go along with that for reasons of their own.

I would honestly worry – an understatement and a half – if we were cold calling managers at this point, no matter how famous their names. It would mean that the system has not just broken down but that it’s collapsed entirely.

By now we ought to be 95% of the way to an announcement.

Anything else and the trouble for next season starts to mount up before this one’s even finished yet.