Celtic Has A Glorious Chance To Wipe The Smiles Off The Ibrox Faces. 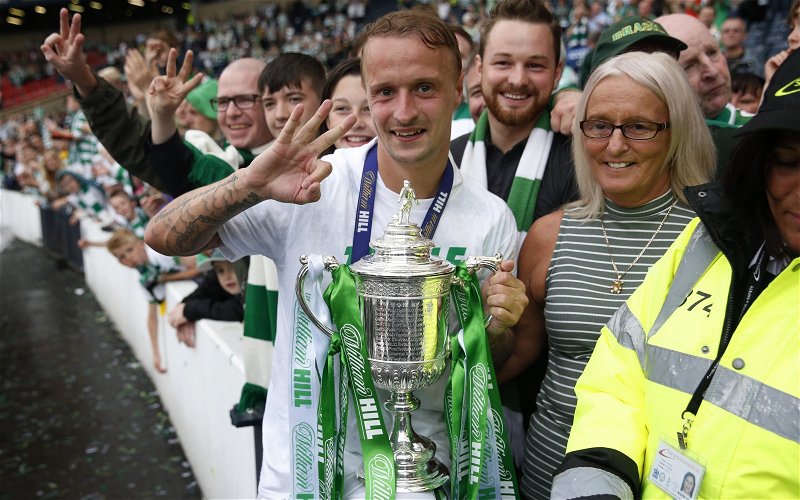 That’s the headline from the Scottish Cup draw today, made inexplicably early, before all the ties have been played.

Not that I’m complaining about that, necessarily.

But Ibrox … well, that’s the place to go if you’ve got a point to prove.

It’s the place to go if you want to show that you fear nothing and nobody. The SFA weren’t doing us a favour here, but they might have done us one anyway, inadvertently.

We have to end this disgraceful season on some sort of high note.

Our players went into this campaign with three trophies in their hands; this is the only one we’ve got left. A sense of personal pride is at stake here, and if that doesn’t motivate people nothing will.

The Scottish Cup belongs back at Celtic.

We have won the trophy more than any other club, and for the last four years in a row. We cannot surrender it in the manner we’ve surrendered so much else this season. So we have to go to Ibrox, so be it.

We’ve outplayed them the last twice. We simply needed to put the ball in the net in those games. If we play the way we did in those last two against them, and get the breaks this time, we’ll win.

We expect that they will beat Cove in their coming game; that sets it up for a fortnight’s time.

The press will say the odds are against us, their fans will be gleefully anticipating an easy victory and some of ours might wonder if it’s worthwhile even showing up.

But you know what? I reckon we’ll stuff them.

So bring it on. It’s off to Ibrox we go.