Kennedy Was Right To Slap Down Idiotic National Coach Over Celtic’s Player. 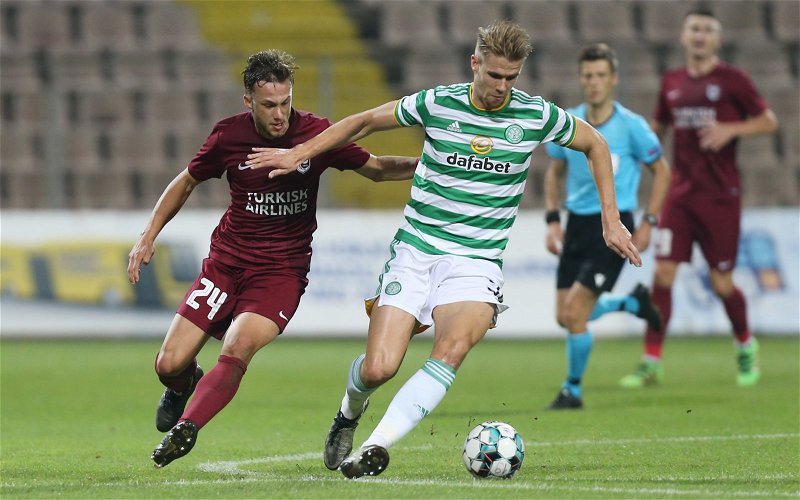 It’s been a wee while since John Kennedy got to sit in front of the media; kind of a lot has happened n that time.

So much so that I was concerned that he may have forgotten an unpaid debt, a piece of “family business” that had to be settled before we could all move on.

Last night he did exactly that. The honour of the club was defended.

The sense of balance in the universe has been restored. Or something like that.

In all seriousness, Kennedy took the opportunity in front of the media to settle up with the Norwegian national coach who had dared to tell Kris Ajer that he should leave Celtic Park to advance his career.

This was pig ignorance of the worst sort, a complete violation which no manager, even an interim one, would ever have been able to simply ignore.

Yet I worried that Kennedy might. But he didn’t. He took aim instead and hit Stale Solbakken and his equally big-mouthed coach right between the eyes. I was pleased that he did.

“I thought it was disrespectful to both the league and the club,” Kennedy said. “We are a massive club in our own right who compete in Europe every season. To come out with such a statement about what a player must do, I don’t think that’s the right thing to do … it’s not his position to say that. We have had a big influence in Kris’s career to date and how he has developed into the player he is. There’s no doubt there will be interest because of his profile, his age and where he is at. But I found the statement and the comments disrespectful towards ourselves.”

It sounds like a tame statement when you read it aloud, but it’s typical of Kennedy to be understated and yet deliver the message so clearly; this was diplomat speak for “keep your goddamned nose out of the business of our club” and it needed to be done.

Celtic is not a club to be treated with such cavalier disregard.

Ajer probably will go, and everyone knows that, so in addition to being disrespectful the comments were also completely unprofessional and un-necessary.

It was unsolicited advice to somebody who didn’t need it, and that’s why Ajer himself came out and slapped it down last week.

But Celtic needed to as well, and Kennedy fulfilled his part of the bargain.

Well done that man for saying what needed to be said.