McAvennie Is Celtic’s Kris Boyd; A Self-Promoter Without A Shred Of Intelligence. 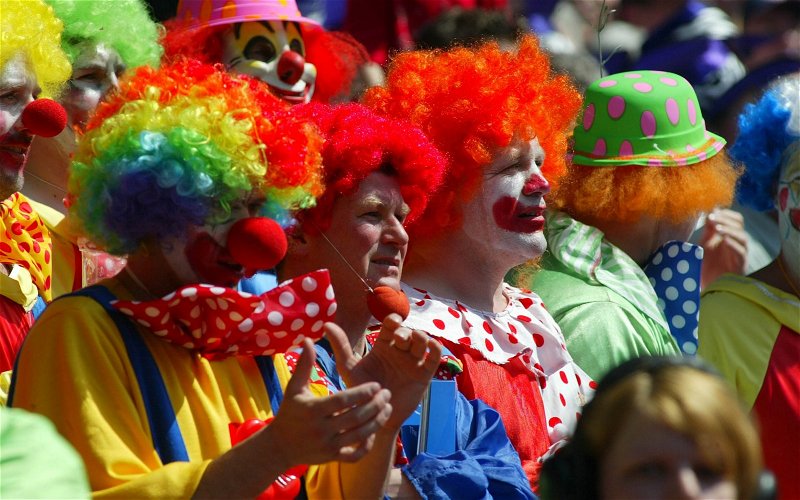 What a weekend for Frank McAvennie and that deplorable site he writes for, the one that also hosts Charlie Adam, Alan Hutton and the “football finance expert” who thinks living on director’s loans is the perfect way to run a business.

That site is a collective for people not good enough to get jobs on a mainstream title.

Do yourself a favour and read that again; people not good enough to replace Kris Boyd, Keith Jackson and Chris “Union” Jack. That’s a full level below the standard of actual shite.

McAvennie is proving to be their star boy though. Not a day goes by without this guy proving himself simply the dumbest person regularly writing on our club, and I am, of course, including Charlie Nicholas, Kris Commons and Andy Walker in that spread.

He has had a vintage weekend, turning on Kris Ajer and Albian Ajeti both.

Bizarrely he’s accused our Norwegian of “throwing his team-mates under the bus.”

It’s such a grossly over-used expression that using it frivolously should be an indictable offence by now … his particular usage of it should come with an automatic seat in the electric chair.

Ajer’s sin is saying that this is one of his best seasons.

Quite how that translates into throwing people under buses I do not know and McAvennie doesn’t know either; he sounds a lot like one of those guys who drops a big word into a conversation but uses it entirely out of context.

You’ve seen those guys, right? Do they come off looking smart?

His comments on Ajeti are just as stupid, and amount to a suggestion that we should try and punt the guy for half of what we paid, right now, writing him off completely not only as a failure but as a lazy flop who isn’t prepared to work hard.

Quite how McAvennie thinks we’d realise £3 million for a player after we’ve done that to him I don’t know. He is judging Ajeti on a handful of performances in a miserable season where none of the coaches quite knows what to do with the player.

You’d think McAvennie would have learned something from various embarrassing reversals over Odsonne Edouard and other Celtic players this season, but the concept of learning left this guy behind years ago; if he didn’t know how to kick a ball this guy would be digging ditches … and I mean not the least disrespect to people who do.

I’ve dug ditches. I’ve also got an honours degree. I am betting that Frank McAvennie doesn’t.

The more I read this guy spouting his idiotic nonsense the more he reminds me of somebody; it’s Kris Boyd, his Ibrox mirror image, the man village idiot reunions hire as their toilet attendant.

I wouldn’t publish Frank McAvennie, he simply doesn’t meet any standard we recognise, but this guy’s clownish utterances are splattered all over the media today as if they made the least bit of sense.

As an ex-Celtic striker his ignorance is considered newsworthy.

But only when he’s taking shots at Celtic. The man is an idiot, yes, but the media sees him as a useful one because he never has a good thing to say about us.

I am tired of him and his constant sniping. Even in a season where we should expect to eat a certain amount of dirt for the way we’ve played, expecting us to eat it from this joker is a step too far.