The Logan Stories Reveal The Depths Of The Hacks Dislike For Celtic’s Captain. 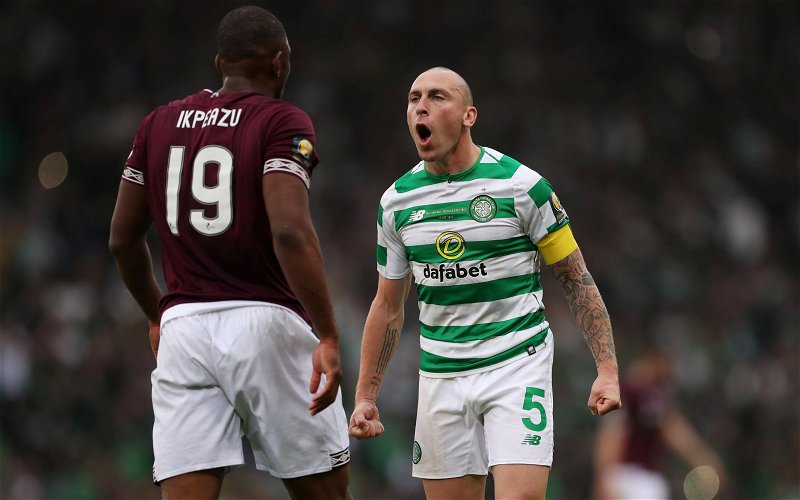 From the minute the Brown deal to Aberdeen was announced the media was trying to create problems for our captain.

They talked about how “hated” he is by the Aberdeen support.

They talked about a number of “controversial” incidents had made him the enemy of several people at the club.

In particular, they talked about Shay Logan.

Brown is such a natural leader that he would be a dominant force in any dressing room. But he’s also a man who respects others and he would not have made waves at Pittodrie just for the sake of it.

In particular, the media tried to find a way to blame Brown for the Tonev incident, forgetting that any time a Scottish club has had a player accused of something like this they’ve stood by him and refused to apologise for it.

There was no malice in it.

The malice was in the reporting.

The malice was in the way the press corps used that incident to target Brown himself. Scott Brown is respected by everyone in the game; that’s the line, it’s always the line.

But a lot of the people trotting it out refuse to consider him a great Celtic captain.

They accuse him of being arrogant in his dealings with the national team. They seem to think he’s a thug who frequently escapes punishments which others would suffer.

Scott Brown is a model professional. He is a wonderful role model.

He is a leader of men in the way that matters; he’s inspirational without being arrogant. He backs his team. He doesn’t throw people under the bus. He will leave our club as an icon.

Logan left Aberdeen earlier in the week, and he has actually had to tell the media that it has nothing to do with Brown. Who in God’s name actually thought that it did?

Do these two players have a history of hating each other, and what is it based on except for media wishful thinking? If this is about Tonev, Logan understandings backing your team-mates.

There is an element in our media which will never forgive Brown for being the quadruple treble winning captain, it’s just that simple. If he was an Ibrox captain who’d won half of it they would have fifty page pull outs for him.

Part of it, of course is about cover all the angles … if Aberdeen does well under Glass and Brown then that might be bad for their favourite club; I’ve long wanted to see a challenge from Pittodrie to offset the one at Ibrox.

Most of it though is about just not liking Scott Brown himself, and his long association with Celtic.

It shows the hacks up at their very worst.