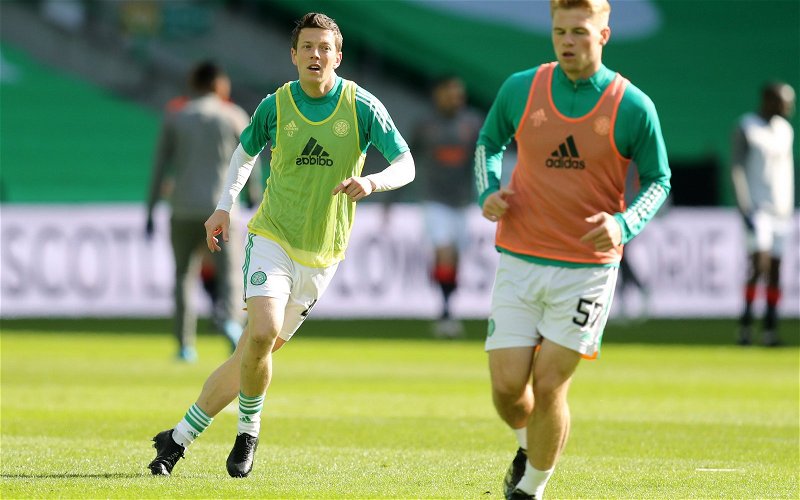 It is tempting to suggest that no club which has turned in such an appalling season as this has any business holding an annual awards night. In fact, a few years back the Ibrox fans – those wonderfully tolerant humans – stormed theirs in disgust.

Even without the global health crisis there would have been none of that from our guys.

Let’s face it, every single Celtic player who retains a fraction of pride knows that such a ceremony would be mortifying even if they were able to attend, and that the awards themselves are a brass neck.

I can only thing of one scenario where they won’t be.

The player of the year has to be Stephen Welsh.

I feel that Turnbull might have been a contender had we done a little bit better, but Welsh is the man.

A player brought up from the youth ranks to plug one of the biggest gaps in the team, under immense pressure, but who has performed with composure and shown us his qualities.

It was a huge ask for a young player such as him to come into this team in such a critical year, and especially with everything that’s been going on.

If Welsh felt intimidated by any of this he certainly never showed it.

He stepped up and did a fine job.

There is no player who deserves it more than he does. Indeed, the words “Celtic players” “award” and “deserve” don’t really sit too well together at the moment.

A handful have proved to be an exception to the rule, and Welsh is the top of the bill.

This kid has earned the award, and whist some may consider it a hollow triumph – it would be if any other player won it – it is a mark of respect which he deserves and a badge of honour that he should wear with pride.

It will be voted for by the fans and if he wins it that’s no small thing.

Their appreciation and gratitude have been warranted.

Stephen Welsh would be more than a worthy winner.

He is far and away the best choice.

Even in a good year he would have been a contender. In this year, under these circumstances, he is the standout choice because of his courage and his unfailing commitment, which included signing a new deal.

He has been the one bright spot in a dark time.

He has been one of the hopeful elements in a season where they have been sorely needed.

I sincerely hope that he wins it.

It will be a great start to his Celtic career, the first award, the first triumph, amongst many. There is plenty more to come, from him and from the club as a whole.

Better times are ahead of us, and he’ll be a big part of them.