Aberdeen Did Not “Beat Celtic” To The Signing Of Declan Gallagher. 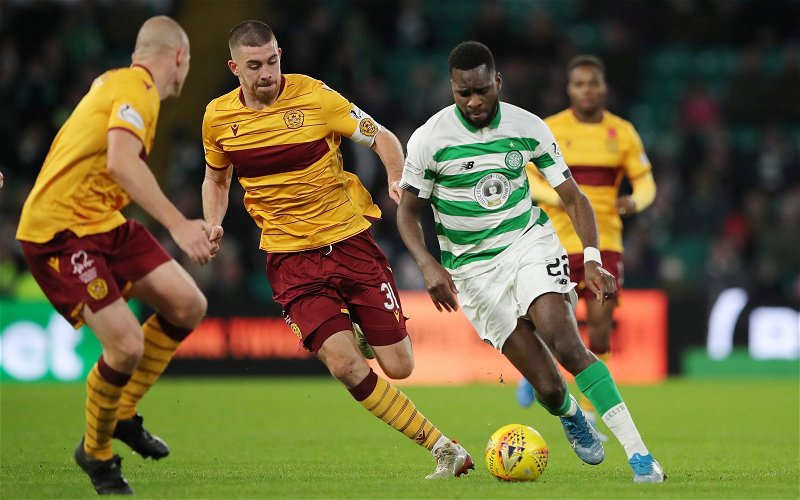 Jesus, I know that the clickbait sites need to do their best to get hits but honestly, the desperate headline tonight that Aberdeen has “beaten Celtic” to the signing of the 29 year old Motherwell defender and convicted baseball bat wielding nutter Declan Gallagher is truly abysmal.

Let’s start with this; where’s the evidence that we were interested in the player?

Oh we might have been at one point, when Lennon and Kennedy were presumably leading the “rebuild” but it never got past the point of putting him on a list.

Gallagher would have leaped at a move to Celtic, where he actually started his career as a youth player.

His people were putting it out there that it was the move he was looking for almost from the moment he was free to talk to clubs and the press coverage reflected that.

Yet nothing. Our club, which amidst all the chaos, has signed a young Sheffield Wednesday midfielder on a free never made a move even when we had a manager in place. So why not?

Because we looked again and decided there were better options out there.

Gallagher was offered a contract extension at Motherwell at the height of the speculation; you remember what the press said when he turned it down? That he was simply waiting on Celtic’s call and it never came.

This started out as his agents trying to get him the move and that morphed into the media thinking it was inevitable.

He’s actually been in open negotiations with Aberdeen for days now, and not a single mainstream title has had the temerity to pretend we were in the race for him or interested in joining it; the “news” tonight that he has “rejected Celtic” is an outright fiction, one that not even The Sun or The Record was willing to write.

That, also, is quite telling if you ask me.

And yet, you know what? I bet some of them do now pick up on that and run with it and I bet that a handful of our online fan-base believes the nonsense that we have beaten to player who was gagging for a call from us … by Aberdeen.

Congrats to them on continuing their rebuilding job; they and other clubs are busying away on getting things done and that does make us look frankly ridiculous, but if we, for the sake of being seen to do something, had signed this guy I’d have been raging.

It’s to our credit for once that we didn’t even bother to try.