Celtic Fans Will Eat Dirty Today, But Not From The Ex-Aberdeen Nobody. 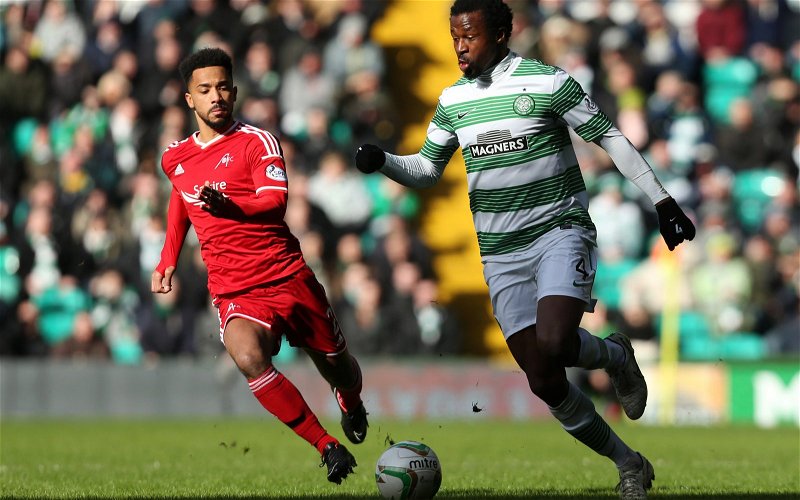 What’s his name again? Guy played for Aberdeen, at right back?

Shane something, wasn’t it?

Well anyway, he remembers you and how much he hates you.

There’s something a bit tragic in that, don’t you think?

Something a little bit … oh who am I kidding?

The word I’m looking for is “creepy.”

That’s what this guy is like, it’s as if he’s always lurking in the proverbial bushes watching for us as we go by and only then making his presence known with some minor annoyance like a fly buzzing about your dinner.

He thinks he “lives in our heads”.

I think he’s thinking of other folk, people closer to his apparent ideological leanings.

On a day when we really do have important stuff to worry about this geezer and his tub-thumping barely registers as more than a midge bite, but still it has to be addressed, and so I’m giving it the bare minimum of my time.

He’s one of these one-man shows, one of those people who wages a personal war against folks or an institution which doesn’t even care that he exists and would never think of him if he wasn’t standing outside holding a sign saying Poor Poor Pitiful Me every day.

In the end, what do you do with a guy like that?

It’s a free country, so you let him have his say, but every once in a while, because you can’t have him hanging around out there like a kid asking passers-by to go in the shop and buy him fags, you go out and throw a bucket of water over him … just to move him along for a while, knowing that, inevitably, he’s going to come back and do what he does.

Because this is his life.

This is what passes for a hobby, or maybe he is as obsessed as he seems to be.

In which case he should seek professional help.

What’s beyond all doubt is that at some point he thinks we did him some profound injustice and hurt, that we inflicted on him some momentous pain … and he genuinely feels that even though none of us can even remember what we did.

And you know, what makes it sad in a sense is that just for the sake of doing a kindness to a human being who’s suffering we might have apologised for this long forgotten slight, because it does us no harm and if he finds closure, great.

But he’s such an odious little runt that I can’t really bring myself to feel anything for him but irritation and contempt.

Only when he’s in my peripheral vision though.

Otherwise, I think of him like my ex used to think about spiders.

We know they are there, but as long as they don’t come out from under the coach I’m happy pretending otherwise.