Give Yourself Peace, Kennedy. Celtic Fans Don’t Want To Hear Your Excuses. 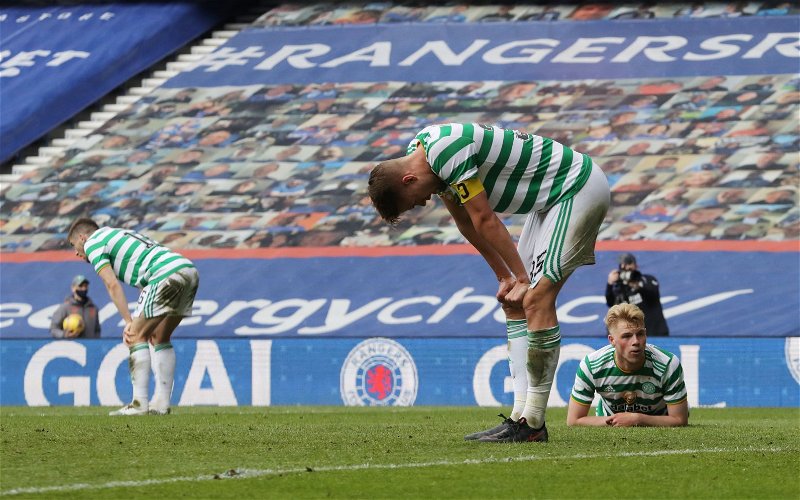 John Kennedy appears to be blaming the referee for the defeat today.

This is so like his predecessor, clutching at straws and blame casting instead of taking a modicum of responsibility.

Losing a man, even at that ground, is not an automatic death sentence for a team.

Brendan Rodgers went down to ten men at Ibrox, tweaked the tactics, brought on a striker and won the match. Nobody believed that Lennon was capable of it, which is why we all knew the game was up when Bitton was sent off there earlier in the season, and nobody believed Kennedy was up to it when McGregor was sent off today.

I am tired of the whining of “coaches” who lack the imagination to fight back from an adverse refereeing decision. Was the decision correct? There is some argument about that because of a new rule that was supposed to have been brought in wherein if the ref plays the advantage he can’t then subsequently book a player for a foul … I don’t even care.

Kennedy, by the way, isn’t complaining about the second booking, but the first … which really is ridiculous. He should be lambasting McGregor for making the second challenge when he already had a yellow card.

He can’t blame the official for an easy decision.

The referee didn’t cost us the game today.

John Kennedy cost us the game today, because he is every bit as inept and useless in that dugout as the guy who was there in front of him.

It was Kennedy, not the referee, who lined up the team in two rigid, solid banks of four which retreated instead of moving to press every time the Ibrox club got the ball.

Those kind of tactics were outdated in schoolyard football a decade ago and I knew way before the red card and the goal that it was going to be a long afternoon just from the way the manager had set the team up and the way we were giving them the run of the field.

“It’s a turning point,” Kennedy said of the red.

Why was it a turning point?

Because he lacked the skill-set necessary to salvage anything.

He chucked it and the players chucked it at the same time. You can tell a mile away that this team has no confidence in the management … there was no self-belief in that side from the moment McGregor went off.

I am so tired of these raging mediocrities with whom our club has been saddled these past two years.

Kennedy has forfeited any right to a place at Celtic Park. Cheap sentimentality is not enough and it never should have been enough .. it’s time this farce ended.