The Celtic Precedent That Made Callum Davidson The Manager Of The Year. 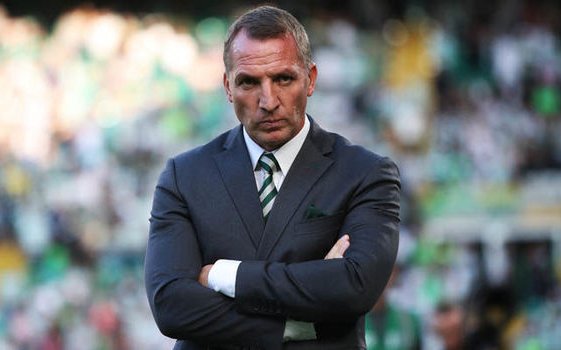 Brendan Rodgers second season at Celtic was remarkable for what didn’t happen at the end of it. The Double Treble made Scottish football history. It was the first time any side had ever won the three major honours back to back.

That was an achievement for the ages. Yet the manager who secured it was told, from the moment it became clear that we were on the brink of it, that having won the treble the year before it was all but expected of him to do it again.

But even if that’s true, what does a manager who meets those expectations get? In Scottish football he gets nothing if he’s at Celtic Park.

Because that’s what Rodgers did get. Nothing.

That year, the sports writers gave their manager of the year award to Steve Clarke, whose team finished fifth, and thus didn’t even qualify for Europe. They didn’t make Hampden either; they lost to Aberdeen in the Scottish Cup quarter finals and were thrashed, by us, before that round in the League Cup. Motherwell made it to two finals that year … we won both.

There was nothing to credit it whatsoever except that it stopped Rodgers, which has always seemed to me as if it’s all it was meant to do.

The hacks who cast their vote for Clarke must have been sniggering as they did it.

The PFA award was an even bigger piss-take; it went to Jack Ross at St Mirren, who at least won something that year. Nevertheless, he must wonder just how in the Hell his peers arrived at that illogical conclusion.

All this is to say that both organisations look totally ridiculous in giving their award to Steven Gerrard this season, as Callum Davidson pulls off what all of them acknowledge to be a minor miracle.

You have some of the same hacks who’ve defended the Gerrard decision openly asking if Davidson’s achievement is one of the greatest in the history of the game.

What an embarrassment as future football historians who, in acknowledging that, will be shocked to find that he didn’t win either of the manager awards for doing it. Gerrard’s “triumph” is perverse and it’s all the excuses which were tossed off when Rodgers was denied it which make it so, as if it’s not automatically obvious anyway.

“Oh he had all the resources in the world,” was the constant refrain, as if Gerrard has done this with table scraps and a zero spending strategy. Callum Patterson has made St Johnstone the second most successful club in Scotland in the last decade, and that on its own should have elevated him above all his peers … it’s Hall of Fame worthy.

But not manager of the year worthy. That verdict is a stain on both organisations who give the award out. They have reverted to fan-boy gushing over their hero instead of offering the prize for outstanding achievement.

It is a joke, to be frank, and one that has more to do with the club Gerrard manages and the outpouring of relief that they’ve won something than it is a direct snub to Patterson, although he and future fans will be no less bewildered by it.

It’s only a Celtic manager who can be snubbed for winning a grand slam.

It’s only when one trophy is won by an Ibrox boss that someone else can be snubbed for getting two out of three.

The history books may not record it, but every sane person who didn’t have a vote knows who won.