The Conor McGregor Share Story. What Does It Really Mean For Celtic? 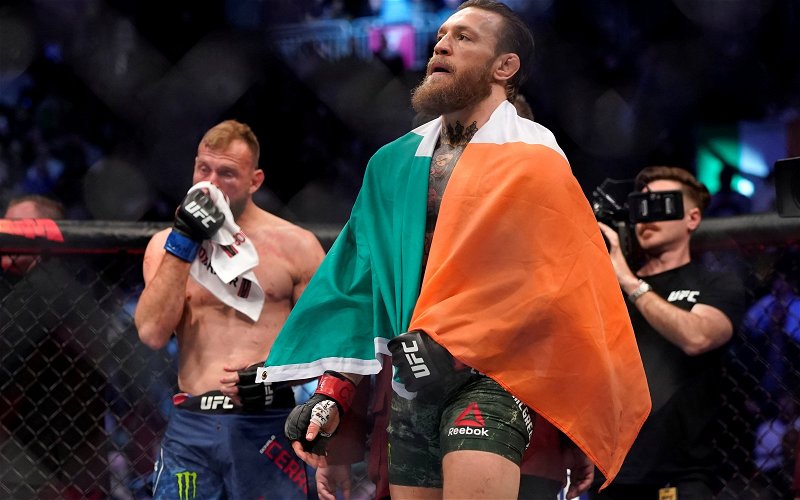 Today’s big story is that Conor McGregor was, or is, or has been, “in talks” with Dermot Desmond about buying his shares.

The noise level on this one is high, but does it actually mean anything, is there more to the story than meets the eye and it is really worth all of our time and attention?

Having read through it, I have to say a resounding no to all of those questions.

For openers, we have no idea if those talks progressed beyond the point of the two men meeting at some social function and McGregor asking him off-handly if he’d be interested in selling.

If this was a significant undertaking there are ways to make the process formal and put the wheels in motion; you would start with an announcement to the Stock Exchange, and that’s what you’d expect professionally interested people to do, since we’re talking about 30% of the club here.

As that hasn’t had these aren’t serious discussions at all.

Desmond has already said he won’t sell the shares to the fans; he seems to want to retain them for his kids and pass them on as if we were some ancient monarchy instead of a what Fergus hoped we’d be; an institution controlled by the supporters.

In light of that, I really don’t see why he’d sell them to someone like this.

Let’s be honest, what does McGregor want with Celtic anyway?

Let’s take off the green tinted specs for a moment and ask if this is an entirely benign concept?

We’re nothing special to this guy, he’s talked about buying Manchester United in the past – on Twitter at least – so it doesn’t sound to me as if this is anything more than a rich guy musing over what to do with his money, and as keen as I’d be to see Desmond gone, I’m concerned with who takes his place.

Unless someone wanted to be fully engaged we’d be trading one absentee landlord for another.

We also have to be careful that we understand just what “fully engaged” means. McGregor is not a businessman, he’s a sports figure and there has to be a certain element of expertise at the top of the house, people who try to run things on a sane and stable basis.

We’re a PLC and that’s really the only way that a PLC can be run. If you had a guy making policy on the hoof and trying to over-rule a serious and sensible board it would be anarchy.

There is value in this story, but only insofar as it should make us think long and hard about what kind of share structure we really want our club to have. This is a good time to be having that conversation, a good time to be engaged with that issue.

In England, there is talk of a legislative framework giving the fans a greater say in how their clubs are run; I don’t know if the Scottish Government might be thinking of acting along the same lines, but at least one prominent fan organisation wants this to happen.

It is something a lot of us would welcome, but which others would view with profound disquiet. A lot of folks are wary – and for good reasons – about what “fan ownership” might look like if there weren’t seriously smart people overseeing it.

It’s probably not unreasonable to suggest that a lot of clubs would have gone to the wall this past decade had fans been running the show. I’ve always argued that it wouldn’t necessarily be a disaster … but it could be, and that’s a risk we need to acknowledge.

I think, because of the Super League, we’re moving towards something along those lines and it would force a lot of clubs to confront the problems with their current structures and others with reality itself.

Conor McGregor owning Desmond’s shares is a … fun idea, but we live in a more complicated world than that and even if this story presented a realistic scenario and not just somebody’s random musing, it would raise all sorts of questions and concerns.

It’s those we should focus on because although this one isn’t real the next one will be.